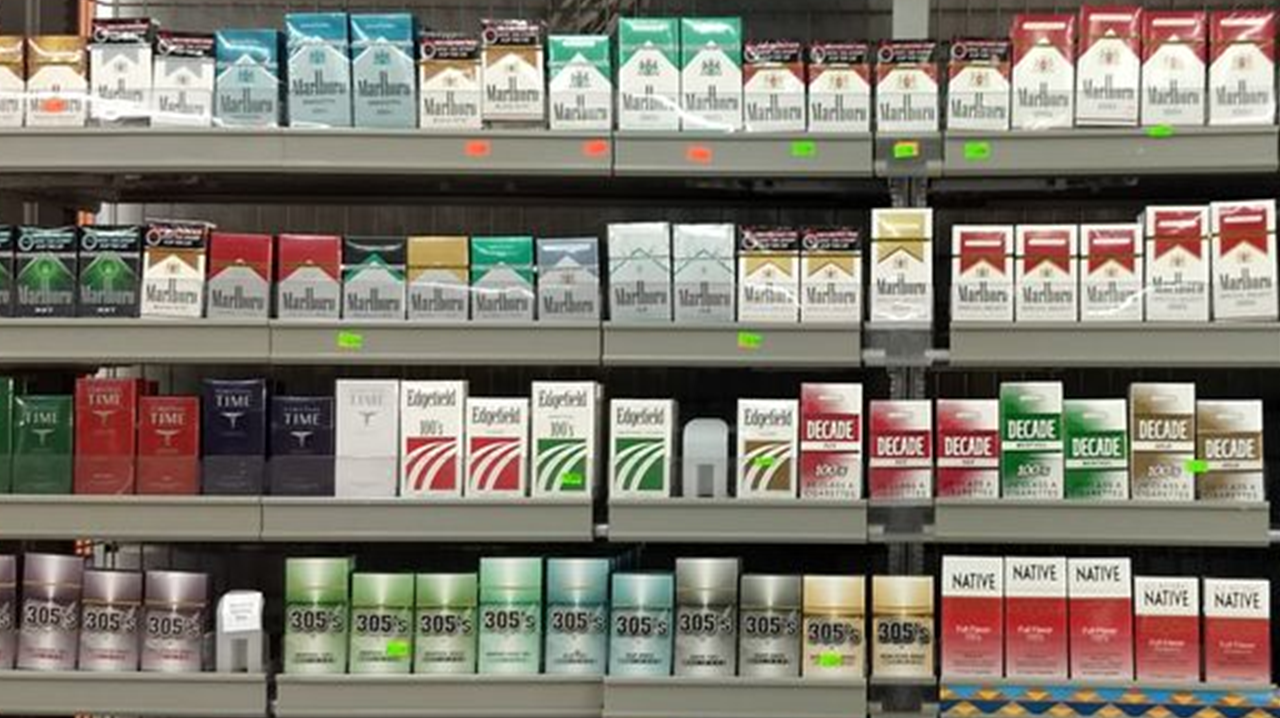 JASPER -- Some Dubois County retailers are scrambling to comply with a sudden directive yesterday from the FDA, announcing the federal smoking age was being raised to 21 effective immediately.

"We just assumed that was going to be in September of 2020," says Paul Grammer.  He co-owns Circle A Convenience Stores.

But Thursday, things got chaotic when the FDA sent out a directive saying the new smoking age will take effect immediately.

In a statement to WITZ, a spokesperson with the FDA confirmed it.

"[I thought] You've got to be kidding me!  This was signed on [December] 20th, and now they decide to put this out, basically on the 26th, the day after Christmas, that this starts now," Grammer explains.  "We started to put stuff in play and start working on what we had to do so we can get this started as soon as we could. We wanted to try and get it started by the weekend so we wouldn't have any issues to deal with during the weekend."

The increased age restriction for tobacco purchases is one of several provisions outside of the spending measures themselves that will be attached to the broader $1.4 trillion spending agreement passed by Congress and signed by President Donald Trump.

Grammer hopes getting the word out about the change will help.  He says the news is getting mixed reviews from local customers.

"It's been about 50/50.  Some people understand and knew something was in the works.  Others say they can't believe it."

Joe Lackey with the Indiana Grocery and Convenience Store Association said his organization has supported the law from its conception. However, he said the Food and Drug Administration, who is charged with enforcing the law, has skipped several steps in implementing the law.

"They have to determine all the penalties and all the language that's there," Lackey said. "It gives the FDA 180 days to implement tobacco rule 21."

Lackey said this implementation period is honored in nearly every piece of legislation that runs through the FDA. But, the FDA has posted on their website that the new law has been implemented "immediately", well within the 180 days that is normally followed.

Lackey said this is catching many store owners in Indiana off guard with employees not properly trained on the new law and also customers not being aware of the sudden change.

"It's going to be mass confusion," he said. "We're looking at our clerks taking a lot of abuse because people are not going to take that very well: being told 'sorry you're not 21 we can't let you buy'."

In spite of the swiftness with which the law has been implemented by the FDA, Lackey said store owners within his association will follow the law and not ask for a temporary stay so that they can have more time to get familiar.

But, he said the FDA should respect that 180 days for future legislation.