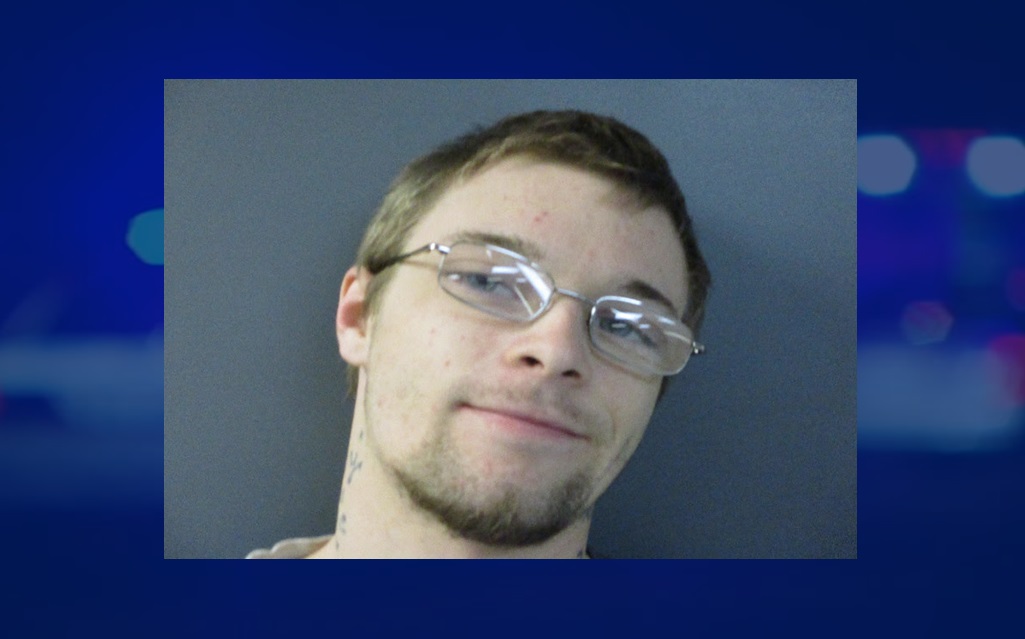 ROCKPORT -- Jesse L. Justice, 23, of Richland was sentenced on Friday, August 31 in the Spencer Circuit Court after entering a guilty plea on August 3 to Burglary, a Level 5 Felony.   The charges stemmed from a break-in at the Richland General Store in September 2017.

In the early morning hours of September 29, 2017, Spencer County Sheriff's Deputies, Hugh Smith and Jason Chapman, responded to a reported break-in at the Richland General Store on State Road 161 in Richland.  When deputies arrived they found that the main door to the convenience store had been shattered and saw loose change on the ground near the door.

After confirming that other doors in the building were secure they made contact with the owner who later arrived to unlock the door so that they could enter the store to investigate.  Deputies reviewed video footage from the store's security system and Deputy Chapman recognized the intruder as Jesse L. Justice.  The footage showed Justice arrive outside the store on a bicycle and enter the store three times, taking a cash drawer, cigarettes and lottery tickets from inside.  Deputy Chapman then contacted Spencer County Prosecutor Dan Wilkinson who assisted deputies in applying for a search warrant for a nearby residence where Justice was known to be living with his mother.

Spencer Circuit Court Judge, Jon Dartt, granted the search warrant request which was executed later that morning.  Upon executing the search warrant, deputies located the bicycle seen in the video outside the residence.  In a bedroom inside the home, deputies located the cash drawer and store keys as well as a black ski mask and black socks seen in the security video.

Deputies also recovered lottery ticket cases and lottery tickets, as well as black shoes seen in the security video.  On the outside of the residence, deputies noted a missing landscaping block that matched a piece of brick found outside the door of the crime scene.   Justice was not located at the residence and was later arrested pursuant to an arrest warrant.

Under the agreement, Justice was to receive the maximum sentence of 6 years with 4 years executed to the Indiana Department of Correction and the final 2 years suspended to reporting probation.

Following a pre-sentence investigation, Spencer Circuit Court Judge, Jon Dartt, conducted a sentencing hearing on August 31 where he accepted the agreement and sentenced Justice according to its terms.

As part of the sentence, Justice was also ordered to pay restitution to the victim in the amount of $7,252.68.

Under Indiana law, Justice must serve 75% of the executed portion of the sentence.