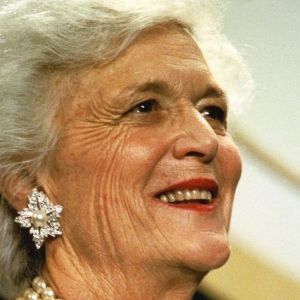 Lt. Gov. Suzanne Crouch released a statement Tuesday night on the passing of former First Lady Barbara Bush, who died Tuesday at the age of 92.

“Barbara Bush stood with her husband and son over the course of their presidencies with grace and class, and was a true role model for women across the nation. She made a distinct impact on improving literacy for families across the United States as First Lady.  At 92, she was still a strong, charismatic woman and she will be sorely missed. I will be keeping her family and husband in my thoughts and prayers, and rest easier knowing that she is reunited with her daughter, Robin, who was taken at a young age by leukemia.“