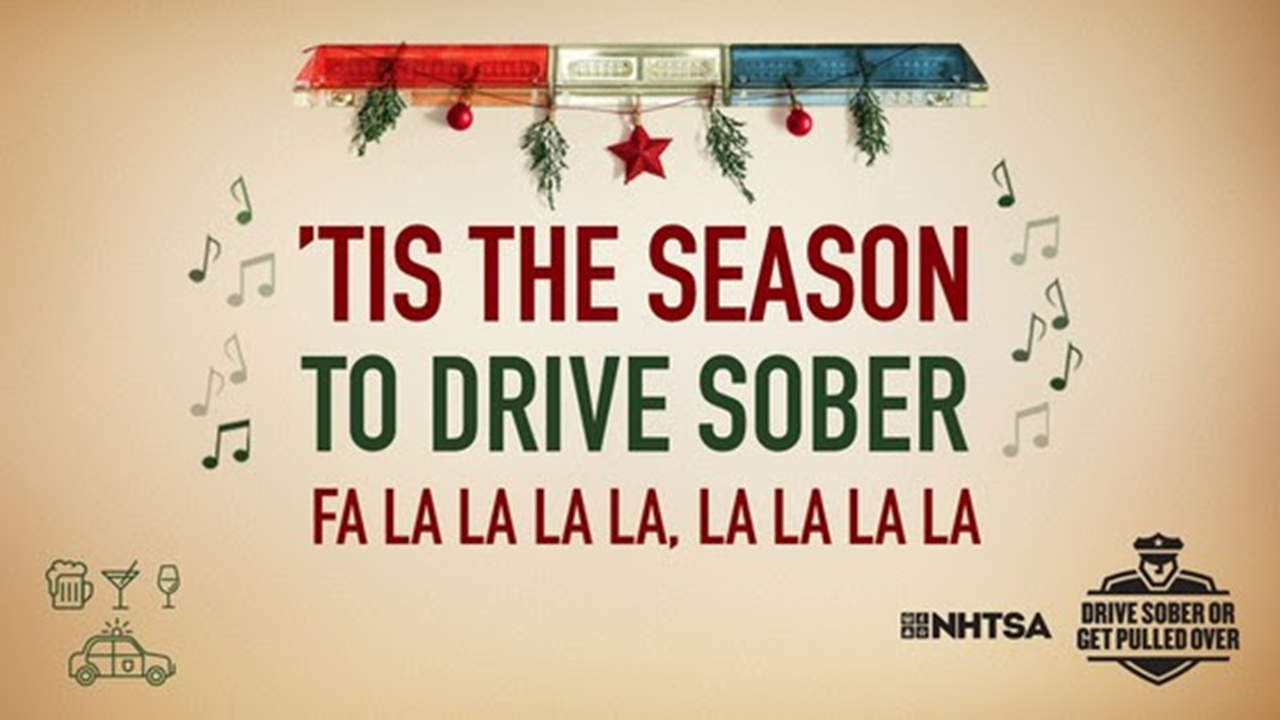 JASPER -- Indiana State Police Jasper Post announced today it will be increasing patrols during the holiday season, as part of the winter Drive Sober or Get Pulled Over national enforcement mobilization. Now until Jan. 1, officers will be showing zero tolerance for impaired drivers, whether it’s alcohol or drugs, and will be on the lookout for unbuckled motorists.

The patrols are funded by the National Highway Traffic Safety Administration (NHTSA) through an Indiana Criminal Justice Institute grant.

“Holiday celebrations may look different this year due to the pandemic, but precautions still need to be taken on the road,” said Lieutenant Jason Allen, Commander of the Jasper Post . “Officers will be out in greater numbers, but it’s going to take everyone working together to keep our roads safe. Drive sober and buckle up this holiday season.”

The holiday season is one of the deadliest times of the year for impaired-driving fatalities. According to NHTSA, during the Christmas and New Year’s Day holiday periods in 2018 alone, there were more drunk-driving-related fatalities (285) than during any other holiday period that year in the U.S. Last December in Indiana, there were 415 alcohol-related crashes, resulting in 105 injuries and 11 fatalities.

In every state, it is illegal to drive with a blood alcohol concentration (BAC) of .08 or higher. In Indiana, drivers under 21 with a BAC of .02 or higher are subject to fines and a license suspension for up to 1 year.

However, impaired driving includes more than alcohol. Drugs and even some over-the-counter medications can also cause impairment, and can slow coordination, judgment and reaction times on the road.

“You can’t drive safely if you’re impaired, whether it’s from drugs, alcohol or prescription medications,” said Devon McDonald, ICJI Executive Director. “This has been an extremely difficult year for many families, which is all the more reason to make good decisions before getting behind the wheel.”

To further save lives and prevent traffic fatalities, officers will also be watching for seat belt violations.

According to NHTSA, from 1975 to 2017, seat belts have saved an estimated 374,196 lives. While Indiana’s seat belt usage rate is above the national average of 90.7 percent, more than half of the people who were killed in motor vehicle crashes last year were not buckled up.

“With inclement weather and busier roads this time of year, it’s especially important to buckle up,” said Robert Duckworth, ICJI Traffic Safety Director. “We want everyone to have a safe holiday season, and wearing a seat belt is the best way to protect yourself on the road.”

Indiana has a primary seat-belt law, meaning that police officers may ticket unrestrained drivers or passengers, even if no other traffic violation has taken place. Children under eight must be properly restrained in a federally approved child or booster seat.