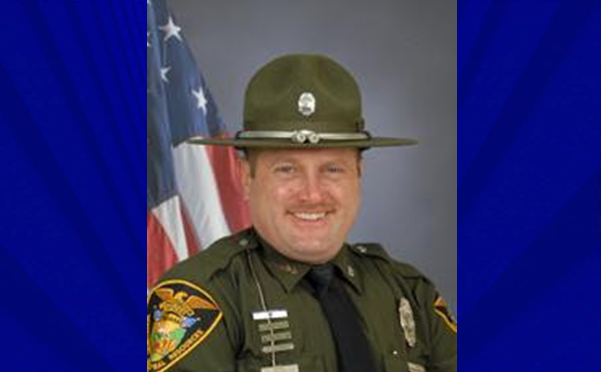 The award is given annually to the top field officer in the state, as selected from 10 District Officer of the Year award winners.

Since 1997, Mann has served in District 7, where he is assigned to Martin and Dubois counties. He began his career as a conservation officer in 1990, when he was assigned to Boone County.

During summer 2017, Mann made 104 enforcement actions in an attempt to educate the public in boating. He logged more than 170 hours of boating-related activity for the year. He also completed the Indiana Department of Homeland Security’s search and rescue program at Camp Atterbury, earning certification as a search and rescue (SAR) technician.

Mann also serves DNR Law Enforcement as a defensive tactics instructor, National Archery in School Program (NASP) instructor, and tree-stand accident investigator. Considered the division’s expert on tree-stand safety, he reviews and documents all tree-stand accidents and has done several public service announcements in the last few years on the topic. He does frequent personal appearances for the division regarding hunter and boater education.

The Pitzer Award is named for James D. Pitzer, who was killed in the line of duty on Jan. 1, 1961, in Jay County while investigating illegal hunting activity.