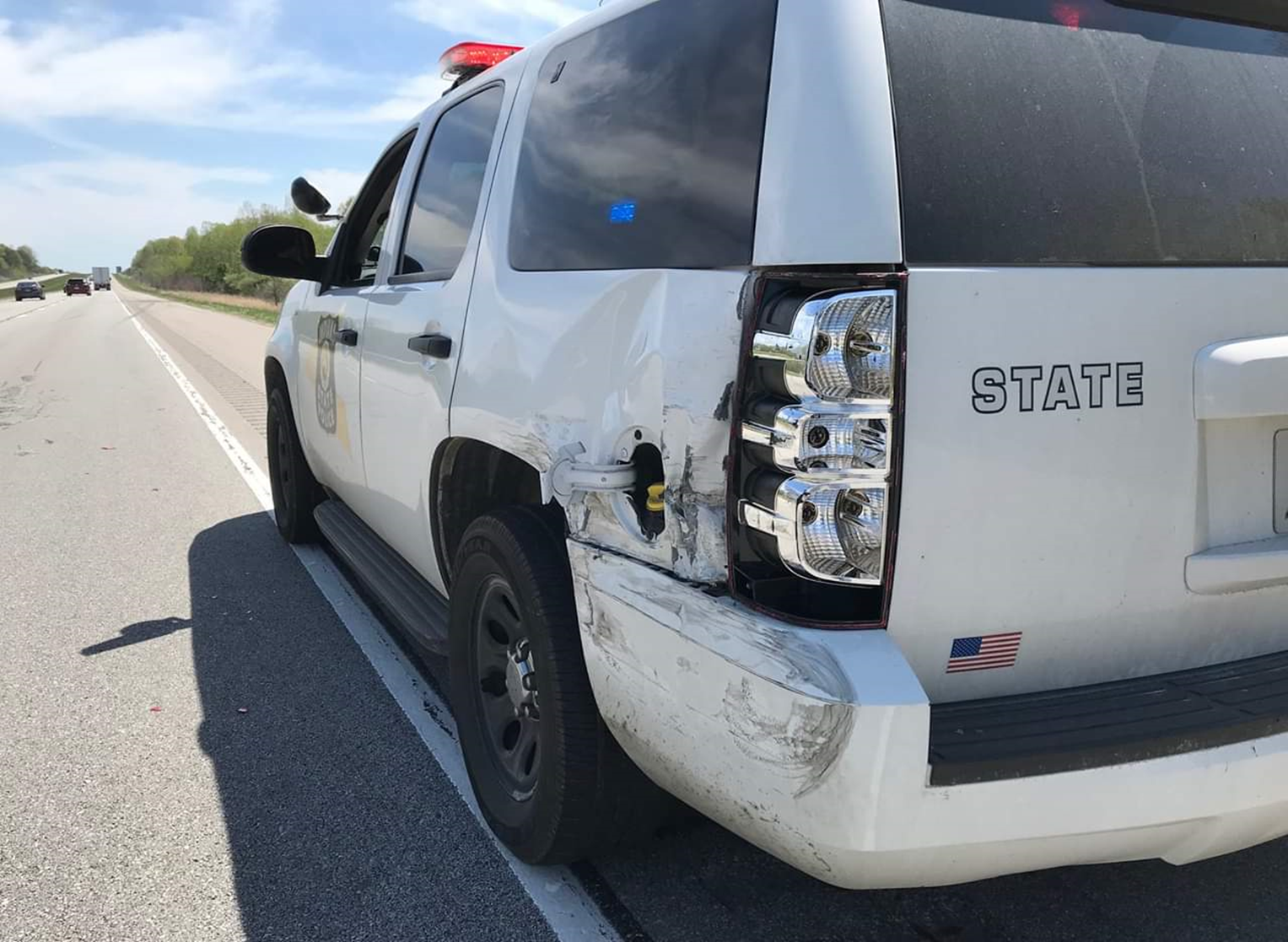 WARRICK CO. -- A Kentucky man is in jail after police say he hit a Indiana State Police squad car Monday.

The law enforcement vehicle was conducting a traffic stop on I 64 near the 37 mile marker in Warrick County when a driver failed to move over and sideswiped the patrol car.

The driver, 29-year-old Eduardo Stevenson Gari, then fled the scene.

Officers caught up with him and took him into custody.

He’s charged with Leaving the Scene of a Property Damage Crash and Failure to Yield to Stationary Emergency Vehicle.

Luckily, troopers were not in the squad car at the time of the crash.  No one was hurt.