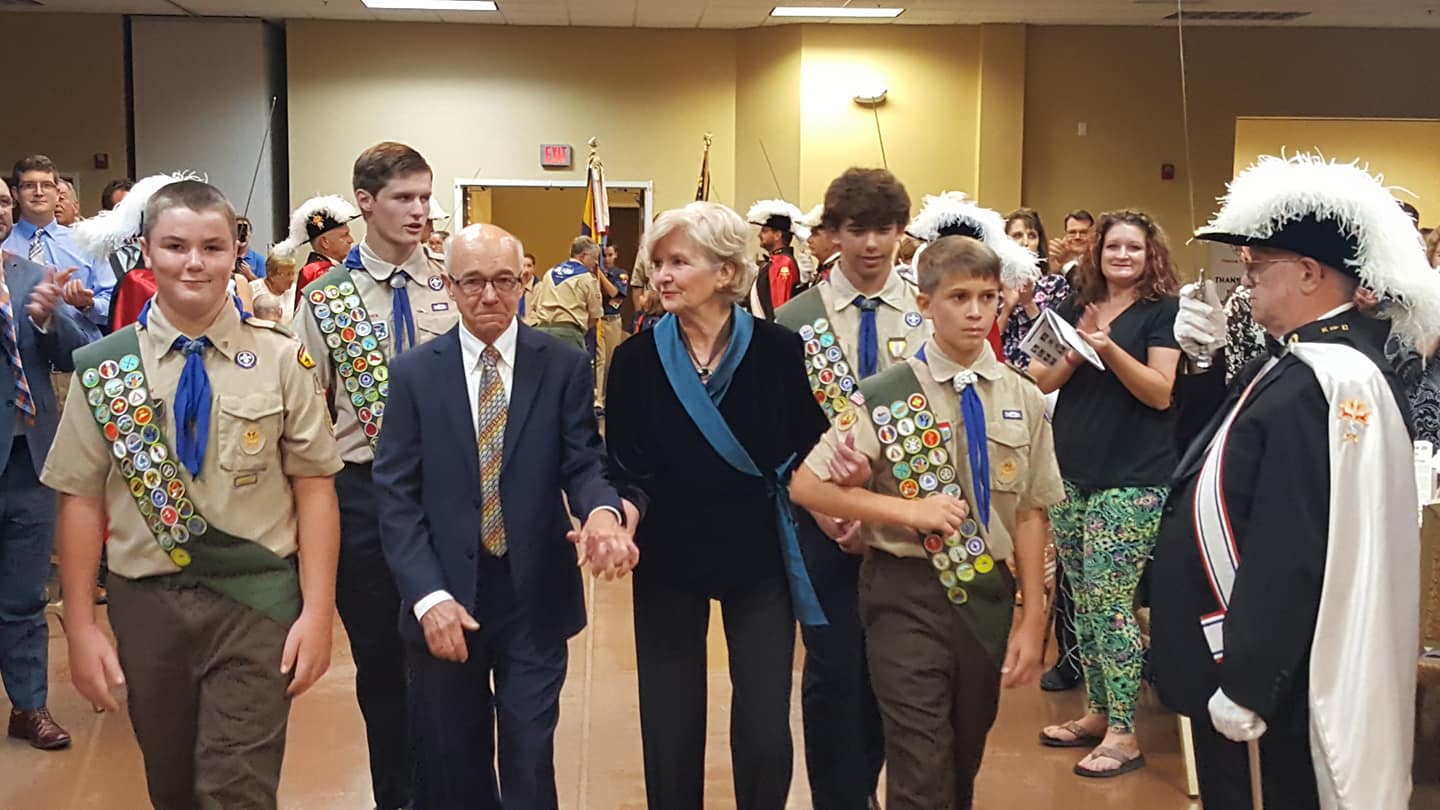 It’s a major fundraiser for the Buffalo Trace Council of the Boy Scouts.

Around 400 people packed the event center to honor Siebert, the third-generation owner of Siebert’s clothing stores.

It was the second best attended banquet in its 26 year history.

Siebert, a Jasper High School graduate, has been married to his wife, Jane, since 1974. They have 4 children.

He himself was a Scout; earning the Eagle Scout award in 1969.

"I must say this is probably the best day of my life," Siebert said moments after receiving the honor. "I'm so honored to be in the company of so many great people. This room is full of people who work just as hard as I do. I'm just so proud to be part of the Dubois County community."

Siebert isn’t just a businessman. He’s very active in the community, He’s a member of multiple groups and he sits on the Junior Achievement Board.

Our general manager Gene Kuntz was the emcee once again for this year’s banquet.