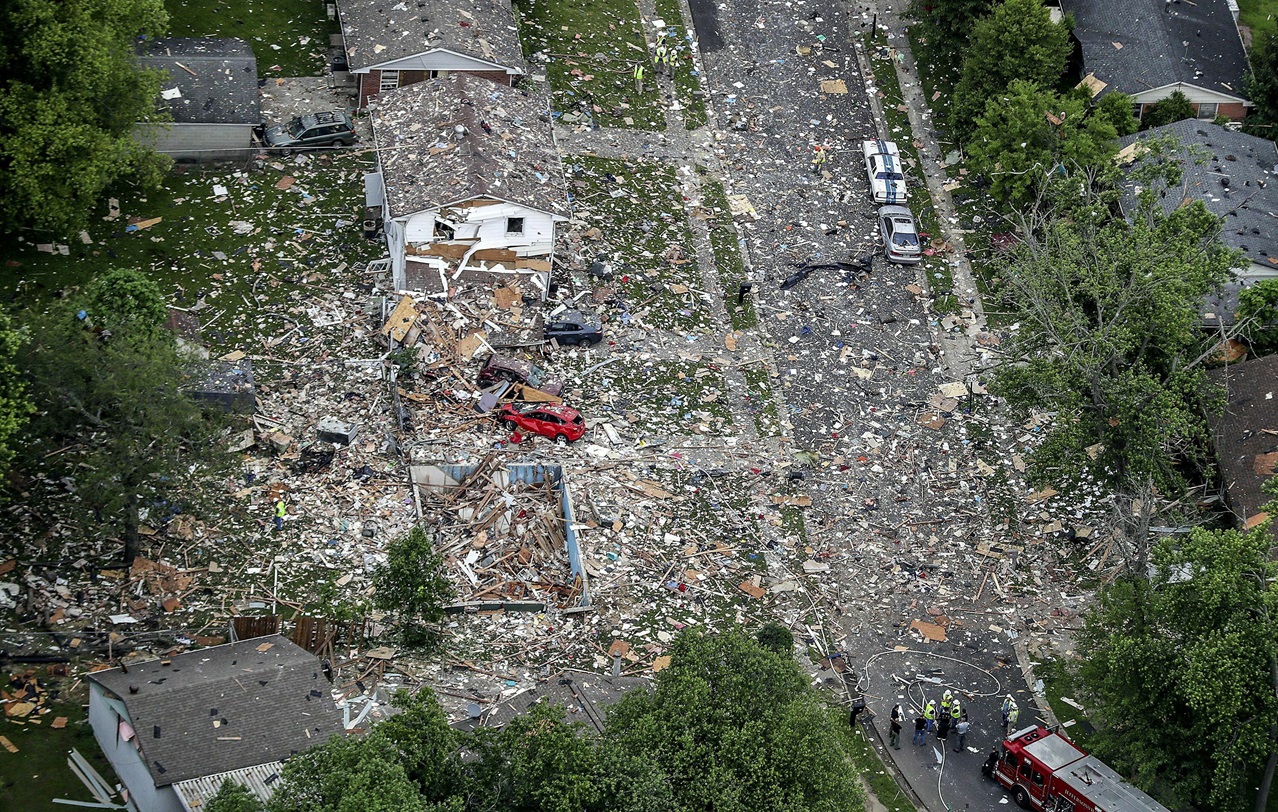 On Monday afternoon, Jeffersonville Mayor Mike Moore visited the scene of a neighborhood where a house exploded Sunday morning, killing a man and injuring three others.

"It just took my breath away," Moore said on Monday afternoon. "I saw a lot of memories that are just shattered and in pieces now."

Police have not identified the man that was killed in the house explosion. One of the people injured was a little girl with a broken collarbone.

15-20 homes suffered damage from the blast. The mayor says eight families are staying either in a hotel, or with other family members.

"When you see a 6-8 inch concrete foundation that is totally broke apart, that's one horrific blast," Moore said.

Moore says they still do not know what caused the house explosion, but more information could be released "in the next 24 hours."

"Bad things happen from time to time," Moore added. "But as tragic as this event is, there's a little reason to be thankful."