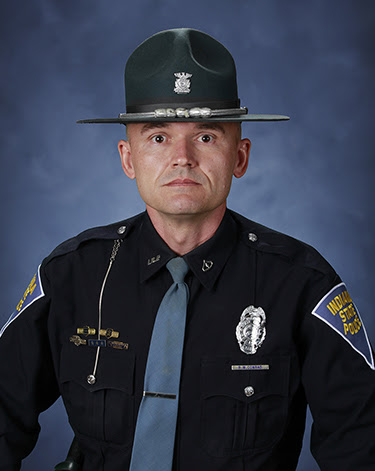 Conrad, who is from Marengo, Indiana, graduated from Crawford County High School in 1993 and then from Vincennes University in 1995.  He then graduated from the Indiana State Police Academy December 13, 1999 and was assigned to the Versailles District. In 2001 Conrad transferred to the Jasper District, where he has served as a road trooper assigned to Crawford County. Conrad is an ILEA Certified Instructor as well as a Field Training Officer. Conrad will start in his new position on August 23, 2020.