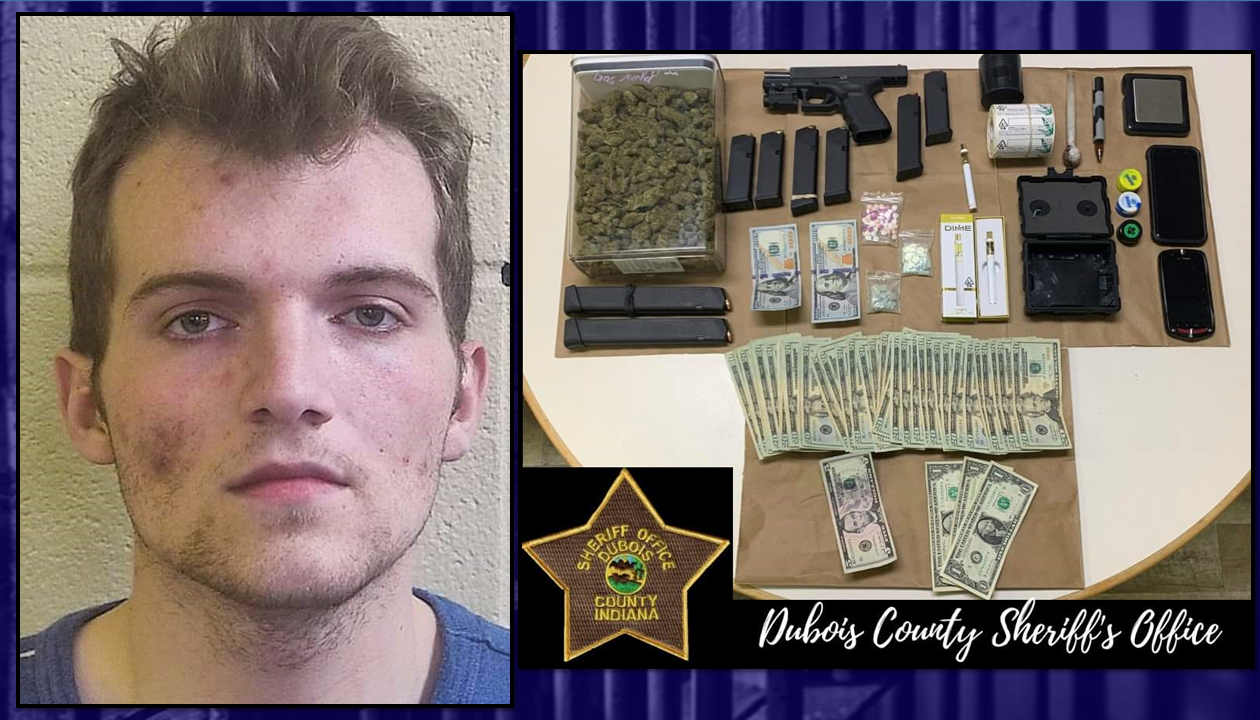 FROM LOCAL SOURCES
JASPER -- A Jasper teen was arrested over the weekend on gun and drug charges.
The Dubois County Sheriff's Office received a 911 call Saturday night from a driver who reported being followed.  The caller said they feared for their safety
Deputies caught up with the vehicle near the intersection of SR 56 and U.S. 231 at the "Y" in Jasper.
During the investigation, deputies say the suspect appeared to be under the influence of drugs.  He's been identified at 19-year-old Kaden Steinhart of Jasper.
A search of the vehicle turned up a 9mm handgun, MDMA (or Ecstasy), Morphine, Oxycodone, and Xanax.  Marijuana, paraphernalia, a digital scale, and nearly $1,000 in cash were also recovered from the scene.
Steinhart is charged with four felony drug dealing charges along with possession of controlled substances, marijuana and paraphernalia.