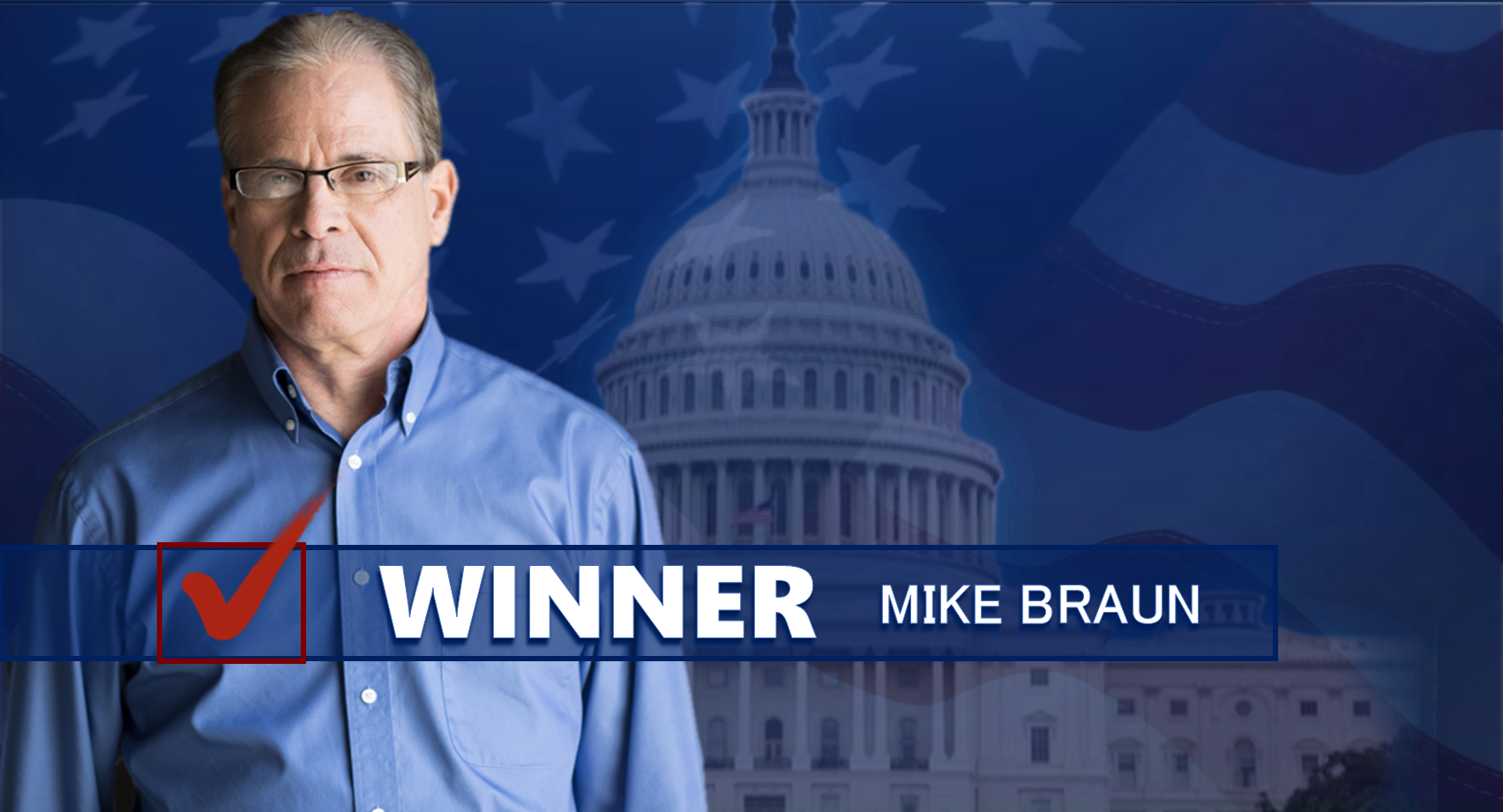 JASPER -- WITZ Radio News is ready to project Jasper-native Mike Braun will win the U.S. Senate race out of Indiana.
Braun, the self-proclaimed political outsider is a familiar figure here in Dubois County.

He owns Mejier Distributing in Jasper and previously served as the state representative from Jasper.

Braun’s strategy seemed to be two-fold in this campaign.  First, working on attracting the conservative base here in red Indiana.  He often spoke of his respect for president Trump and his support for the administration’s policies.

During the campaign, Braun wouldn’t once name a time where he disagreed with the president.  Some believed that was a risky strategy, especially with all of the controversy surrounding the president, however, it appears tonight it was a winning strategy.

That deals a big blow to democrats who are hoping to take control of the U.S. Senate tonight.  This race was a big one for both parties as both Donnelly and Braun had been polling within the margin of error over the past several months.