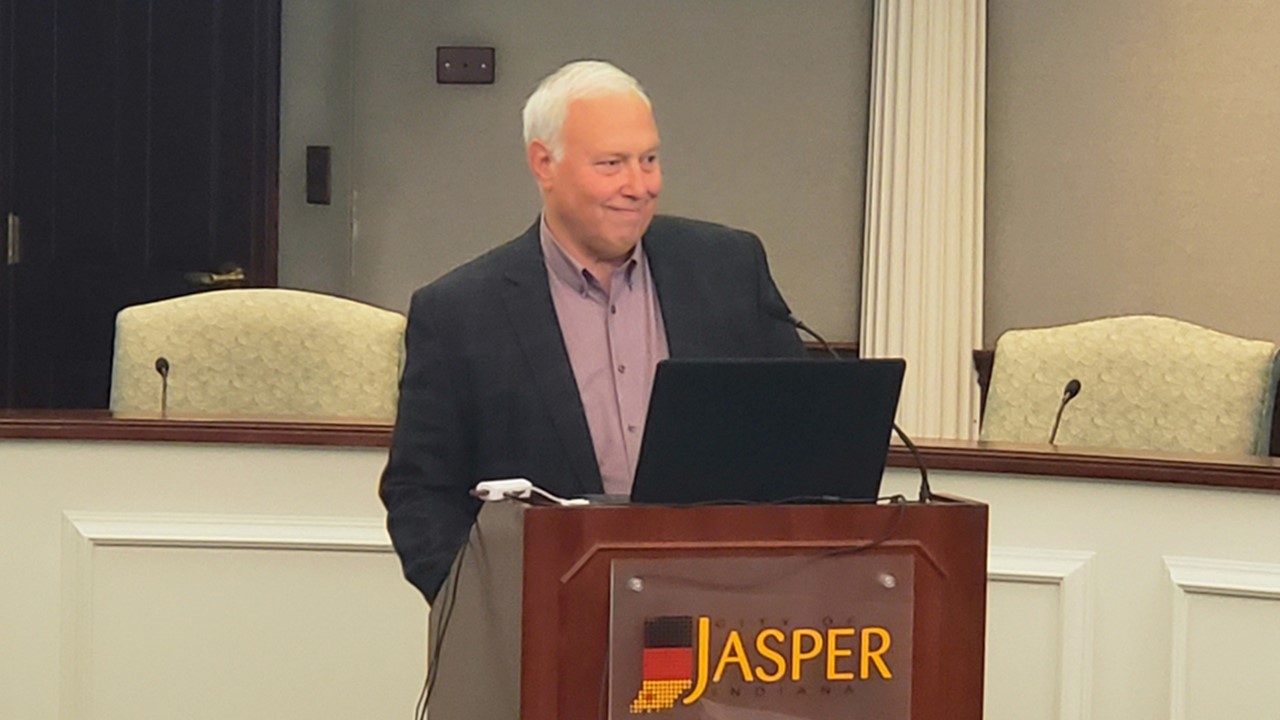 BY: DAVID SHEPHERD, MELANIE AREHART CONTRIBUTED TO THIS STORY

JASPER -- Jasper mayor Dean Vonderheide is looking ahead to what the city may look like once businesses are back up and running.

"We wont' get back to where we've always been," Vonderheide said during a phone interview Tuesday with WITZ.  "It will be a 'new normal,' but, I think, it's going to be something we can all tolerate and live with going forward knowing that we're still protecting each other."

The mayor says he believes social distancing and other mitigation measures are working to help slow the spread of COVID-19 and he says those who are not following guidelines are "self-centered" and not worried about the well being of others.  But, adds, it's just a small percent of the city's residents who aren't listening to officials.

"I really believe those steps we have taken have been great.  They've minimized the impact of COVID-19 on our [local] population thus far.  In 98% of the time, what you're going to see is our residents are responsible individuals that are doing the right thing.  They're not going to put other people at risk.  It's a very small percentage of people that are very self-centered; that aren't worried about other people.  They're only worried about their own personal needs."

In a virtual briefing on Monday, Vonderheide acknowledged the hardships the pandemic has brought upon citizens of his city and the nation as a whole.

"Even with the actions taken by the federal, state and local governments to provide relief during this pandemic, there's the reality that families and individuals who were once thriving in a dynamic economy are now being faced with unemployment and financial ruin.  The challenges for these families with be regaining financial stability in the months and years ahead."

State Sen. Mark Messmer of Jasper was also at Monday’s briefing.  He says it is time to start reopening certain segments of our local economy.