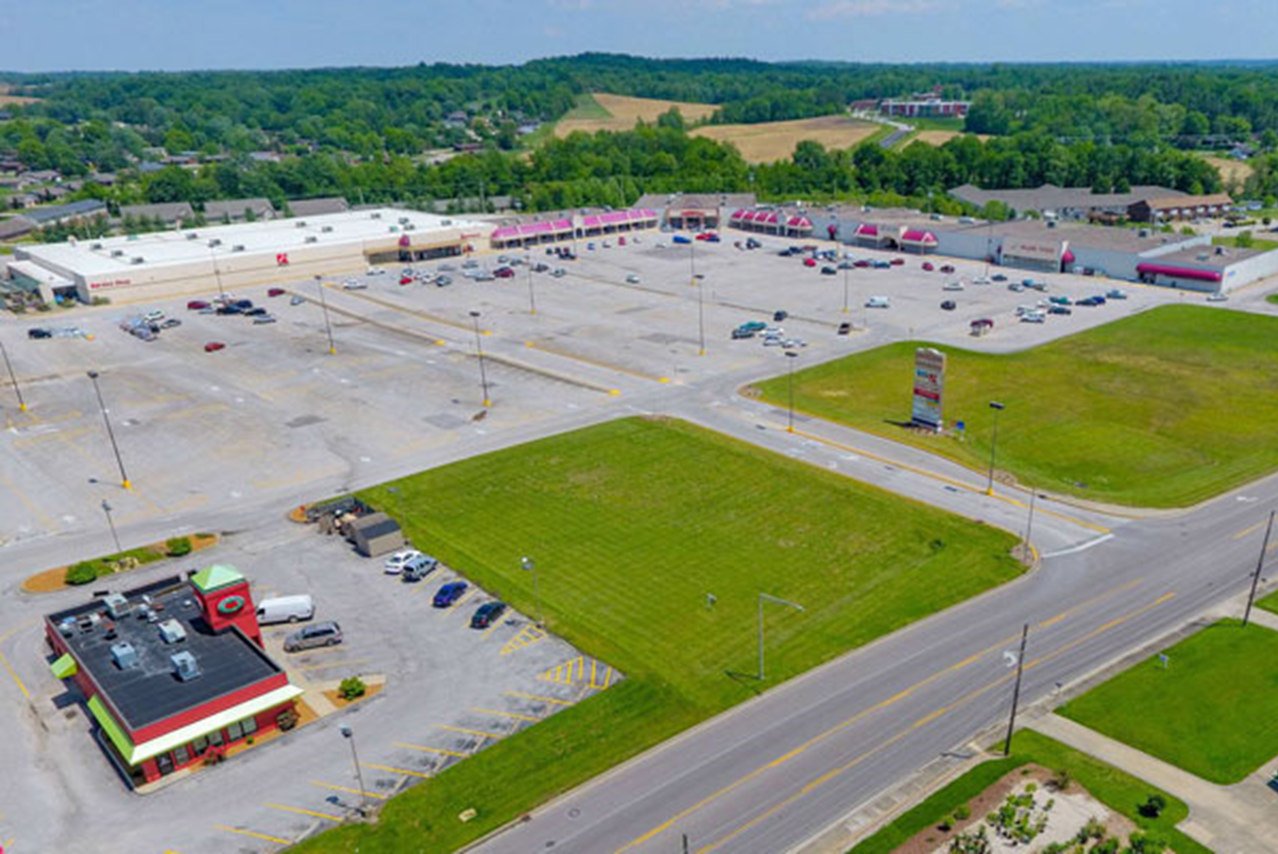 JASPER -- Over the past year, Kmart and JC Penney have closed their stores leaving two gaping holes in the Jasper Manor shopping complex.

The remaining stores in the complex include the Holiday Foods, Trader Baker’s, B&B Fitness, L.A. Nails and Spa, and the AT&T Cellular Connection but the loss has been felt in the traffic to that area of town.

In response, Steve Lukemeyer of F.C. Tucker Emge Realtors is reaching out to some national retailers to attempt to attract them to the complex while discussing the option to find an investor or group of investors to purchase the property from Phillips Edison & Company.

The company has told Lukemeyer that the property will go to auction online on April 29 at www.ten-x.com. The property listing can be viewed here: https://www.ten-x.com/commercial/listing/723-3rd-avenue-jasper-in-47546/1000010305/

The opening bid is $1.2 million and potential bidders must pay $25,000 as a bidder’s deposit to take part in the auction.

But if the price is right and the profit and loss statements make sense, Lukemeyer thinks he could find some interest locally.

“We know a lot of people who invest in properties,” he said. “If the numbers make sense, I could see something happening.”

The leasing agent for Phillips Edison has had issues attracting attention to the complex. “He said that he sends them (prospective businesses) the plan and they see the population of the area and the growth going on the north side and then, they aren’t interested in talking anymore,” said Lukemeyer.

Through discussions with local businesses with regional footprints, Lukemeyer has found that despite the area’s smaller population, it packs an economic punch. According to a representative at the local Verizon cellular dealer the Jasper store is a top performer among their 700-plus stores. Additionally, the Applebee’s is also one of the best in the Midwest.

“I’ve heard the same thing about Rural King, Home Depot and Walmart, but I don’t have confirmation of that,” he said.

He also found that a lot of purchases are being made outside the county. Lukemeyer asked the Indiana Small Business Administration for statistics on retail sales within a 30-mile radius of Jasper. “They found that we spend $64 million on clothing annually; $22 million of that is spent locally with the rest going outside the area,” he explained.

Additionally, the report showed that the area spends about $37 million annually on sporting goods, but $17 million is spent outside the area.

“The leakage factor for both clothing and sporting goods are the largest of any other sector,” Lukemeyer said. “If we had a Kohl’s or a Marshalls or a Dick’s Sporting Goods, would they come to Jasper instead of traveling to Evansville or wherever they are going?

Lukemeyer added he wouldn’t want a large store to adversely impact the local smaller stores in similar markets. “But I would hope that the additional traffic to the area would benefit everyone,” he said.

Right now, Jasper Manor has about 130,000 square feet of available space and Lukemeyer is trying to get some of that filled to make it more attractive.

“If I can get an anchor store there then it will be more attractive to an investor,” Lukemeyer said. “It seems if you get one big store to take the leap, the rest can fall in line.”

For his part, Lukemeyer just wants to see the area revitalized.

“I am totally invested in this city, I live here, work here, and raise our kids here,” Lukemeyer said. “I would love to see the southeast side get some new life. Phillips Edison has been trying to fill this shopping center for years. I don’t know if I will have any more luck than they have had. I’m just trying to do what I can to help out.”

If you are interested in investing in the shopping center, or you have examples of success stories of national chains in the area that Lukemeyer could use to pitch to prospective retailers, please contact him at 812-639-6340 or via email at [email protected].