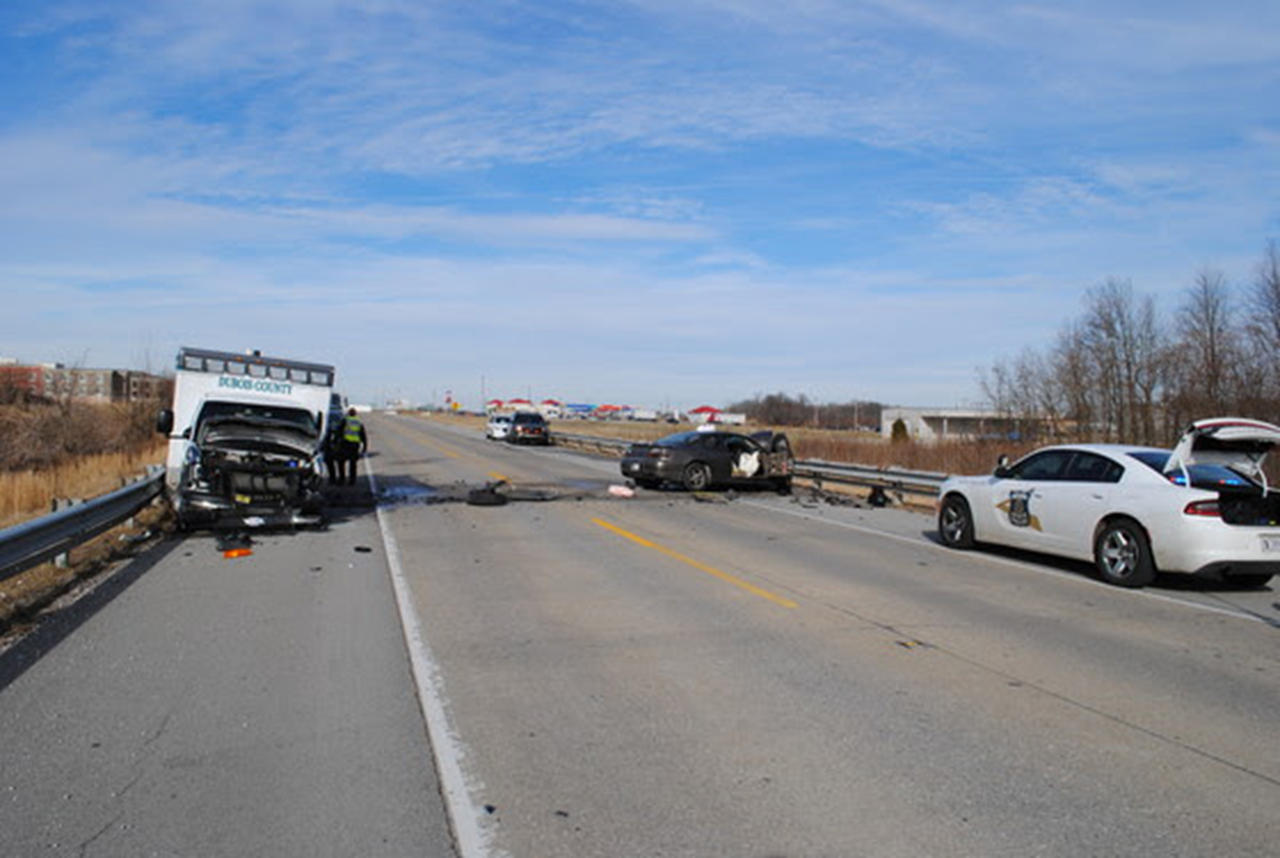 JASPER -- U.S. 231 north of the WITZ Bottoms is back open today after a crash closed both lanes for a few hours Friday afternoon.

Police say a Jasper man was driving north, went left of center, and hit a southbound ambulance head-on.  No word today on why that driver crossed the center line.  He’s identified as 37-year-old Michael Cannon.

He was airlifted to a hospital in Indianapolis.

The two people in the ambulance were taken to Memorial Hospital where they were treated and released.

The ambulance was not on an emergency run at the time of the crash and there were no patients on board.