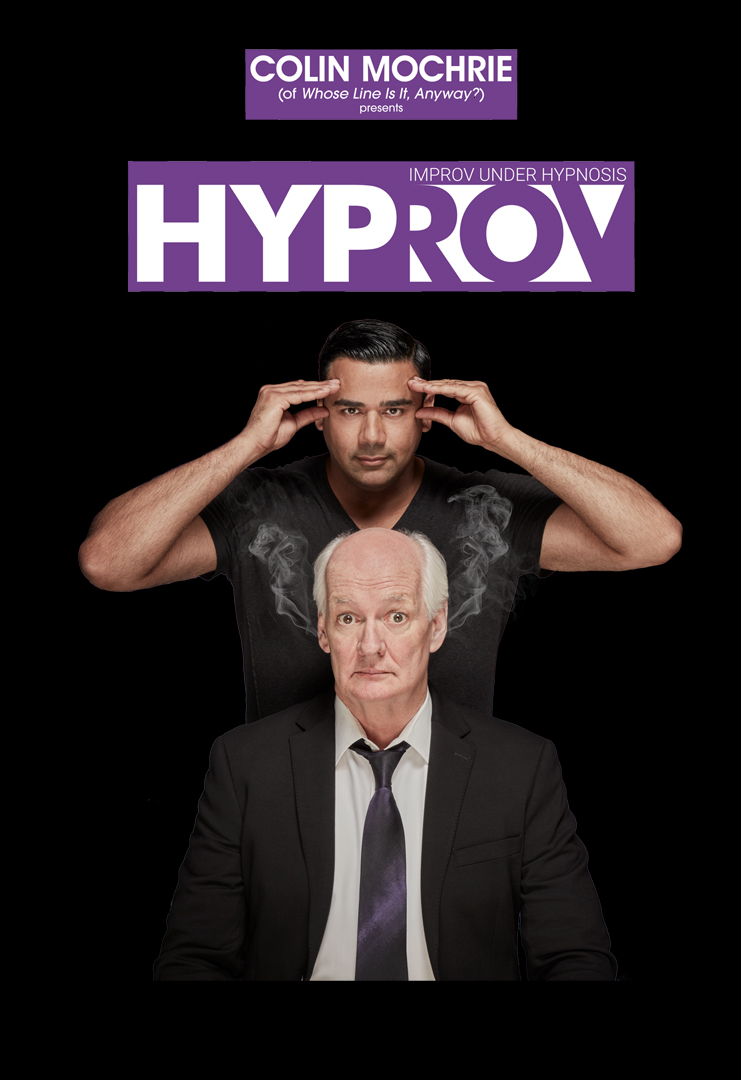 JASPER, IN... Jasper Community Arts unveiled the artists featured as part of its upcoming 2021-2022 season today. Twelve performances will be showcased, most occurring at the Jasper Arts Center with a few presented at the historic Astra Theatre. JCA’s 2021-2022 season will run from September 2021 through April 2022. Patrons who had purchased tickets in previous seasons should expect to receive a season guide in the mail over the next couple of weeks.
Jasper Community Arts offers patrons several packages from which to choose. The Grand Package includes tickets to all twelve performances and offers the best per ticket price for each performance. Subscriptions are also available for the Main Stage, Backstage, & Live at the Astra series. Those who had a subscription during the 2019-2020 season will be able to renew their subscription(s) beginning July 7 th . New subscriptions may be purchased beginning August 2nd and individual tickets may be purchased beginning August 16th .
Beginning August 16th, individual tickets will be available for purchase online at www.jasperarts.org. Patrons do not need to buy an entire series to order tickets, but JCA does recommend that you purchase your tickets in advance due to demand. Single tickets are filled on a first come, first served basis, so interested patrons should order single tickets as soon as possible.
Once available, tickets can be purchased in four easy ways:
• In Person - Visit the Arts Wing at the Thyen-Clark Cultural Center, 100 3rd Avenue, Suite A, Jasper, IN 47546
• By Mail – Use the order form inside the season guide and mail to the above address
• By Phone – Call the box office at (812) 482-3070
• Online – Visit www.jasperarts.org to order individual tickets.
GRAND PACKAGE: $225/adult, $210/senior, $150/student All twelve performances at the best per ticket price!
MAIN STAGE SERIES: $145/adult, $136/senior, $124/student Featuring five headlining artists, the Main Stage Series offers a wide selection of world-class artists.
MARK WILLS (Presented w/ support from Kimball International) Saturday, October 9, 2021 7:30 p.m. Grand Ole Opry Member | Multi-Platinum | Sixteen Billboard Charting Singles | ACM Winner Mark Wills has captivated fans and listeners for over two decades. He achieved his first top-charting success at the young age of 23 and has maintained a longevity in the music business of which many artists can only dream. His mission is to create country music filled with depth and meaningful substance to create lasting memories through words.
REDUCED SHAKESPEARE COMPANY in “HAMLET’S BIG ADVENTURE [a prequel]” Saturday, November 20, 2021 7:30 p.m. What will young Hamlet grow up To Be? That is the question! A fast, funny, and physical extravaganza filled with scary ghosts, wee Scots, singing nuns, and a mysterious vassal in the castle, Hamlet and Ophelia navigate their parents and their own feelings while putting on a show – what could possibly go wrong? In the spirit of Shakespeare himself, RSC shows contain some occasional bawdy language and mild innuendo. Some content may not be appropriate for children under the age of 13.
CHRISTMAS IN KILLARNEY Sunday, December 12, 2021 7:30 p.m. Created by the 2009 World Champion of Irish Dance Scott Doherty and worldwide touring Irish musician Chris Smith, Christmas In Killarney combines the excitement of Irish dance with the harmonies of traditional Christmas classics. The creative team includes Broadway Director Jeff Whiting, Emmy award winning Set Designer Jason Ardizzone-West, Arranger Gary Lensenmayer, Costume Designer Sarah Cubbage and New York based Light Designer Aaron Porter. Set in Killarney, Ireland in the late 1920’s, Christmas In Killarney shows what it means to celebrate Christmas the ‘Irish’ way, where many of our own Christmas traditions originated. Don’t miss this unique opportunity to see what will become a holiday classic.
COLLISION OF RHYTHM Saturday, January 22, 2022 7:30 p.m. Collision of Rhythm is a duo composed of tap-dancing classical virtuoso Aaron Williams and beatbox- juggling keynote speaker Bronkar Lee. Though there are only two of them, they fill the stage as a 12- person ensemble would, moving from instrument to instrument with a high level of skill and diversity. What’s created is a richly explosive experience like nothing else out there - rhythm-centered, but also full of melodic movement and dynamic depth. With drumming, tap dancing, rhythmic juggling, marimba, piano, saxophone, flute and so much more, the show has been described as “Stomp meets Blue Man meets Cirque du Soleil.”

COLIN MOCHRIE’S HYPROV (with MASTER HYPNOTIST ASAD MECCI) Saturday, April 23, 2022 7:30 p.m. From the brilliant minds of Improv Legend Colin Mochrie and Master Hypnotist Asad Mecci comes a brand new, mind-blowing, jaw-dropping, side-splitting show where 20 volunteers are hypnotized on stage, whittled down to five of the best who do improve scenes with TV’s Colin Mochrie while they are still under hypnosis. What can possibly go wrong? Come and see for yourself!
BACKSTAGE SERIES: $64/adult, $59/senior, $38/student The Backstage Series offers a unique and intimate experience as the audience is seated on stage with the artist.
THE SMALL GLORIES Saturday, October 23, 2021 7:30 p.m. Roots powerhouse duo The Small Glories are Cara Luft & JD Edwards, a musical tour-de-force partnership planted on the Canadian Prairies. Thrown together purely by accident for an anniversary show at Winnipeg’s venerable West End Cultural Centre, The Small Glories could almost make you believe in fate. With a stage banter striking a unique balance between slapstick and sermon, these veteran singer-songwriters have a way of making time disappear, rooms shrink, and audiences feel as if they are right there on the stage with the band — writing the songs, living the songs, performing the songs. It’s not uncommon for listeners to find themselves laughing, dancing, crying, or caught up in a good ol’ fashioned sing-along.
ULYSSES QUARTET Saturday, February 5, 2022 7:30 p.m. The Ulysses String Quartet has been praised for their “textural versatility,” “grave beauty,” and “gentle blanket of colour,” (The Strad) as well as “avid enthusiasm ... [with] chops to back up their passion” and a “vibrant sonority” (San Diego Story). The group’s name pays homage to Homer’s hero Odysseus and his 10-year voyage home. Additionally, the quartet’s members live in close proximity to the resting place of former U.S. President Ulysses S. Grant in Upper Manhattan. The Ulysses String Quartet believes intensely in the power of music to inspire, enlighten and bring people together. The quartet is committed to sharing this passion by increasing access to and appreciation for classical music while enhancing audience engagement.
ELEANOR DUBINSKY Saturday, March 5, 2022 7:30 p.m. One of NPR Alt.Latino’s four 2018 picks for New Spring Music, Eleanor Dubinsky is a “multilingual musician who can capture the emotions and soul of a community in a song.” (Felix Contreras). A vocalist, guitarist and cellist, Dubinsky writes and performs in English, Spanish, French and Portuguese. Her presentation of original songs alongside her band (drums, bass, guitar, keys, percussion/backing vocals) is an engaging blend of world-beats, jazz and pop music met with emotionally forthright songwriting. In the words of Tom Pryor (Songlines, Afropop) expect “a joyous, uplifting and deeply generous performance...music as medicine for your soul.”

LIVE AT THE ASTRA: $64/adult, $38/student Three lively performances will be presented at the Astra Theatre in downtown Jasper.
LUCA STRICAGNOLI (Presented w/ support from MasterBrand Cabinets, Inc.) Saturday, November 6, 2021 7:30 p.m. With his music videos having views exceeding 100 million and bookings in every corner of the globe, Luca Stricagnoli is considered one of the most interesting acoustic guitarists in the world. Using up to five guitars in the same piece, modified capos, and self-conceived stratagems, Luca continually leaves his audiences in awe and wondering what’s next for the up-and-coming guitarist. In addition to his musical abilities, Luca brings an enthusiastic energy to the stage that makes him a true entertainer.
GINA CHAVEZ Saturday, February 19, 2022 7:30 p.m. Gina Chavez is blending the sounds of the Americas with tension and grace. A 12-time Austin Music Award winner, including 2019 Female Vocalist and 2015 Austin Musician of the Year, Gina explores the true meaning of “Americana" as she and her five-piece band take audiences on a high-energy journey through Latin America and beyond. Gina’s music is deeply personal. Her passionate collection of bilingual songs traversing Cumbia, rumba, and soul take audiences on a journey to discover her Latin roots through music. Her bilingual album, Up.Rooted, topped the Amazon and Latin iTunes charts following a feature on NPR's All Things Considered and her Tiny Desk concert has more than 900,000 views. Her national TV debut is now airing on PBS stations throughout the U.S.
THE SOUTHERN FRIED CHICKS (Presented w/ support from German American Bank) Saturday, March 19, 2022 7:30 p.m. The Southern Fried Chicks have busted out of the hen house for a night on the town. The new Cage- Free Comedy Tour features new stories, music, audience participation, singing, dancing and a multimedia show your audience is sure to enjoy. Since the debut of their one-hour comedy special on CMT, this top-grossing all female comedy tour has played to venues packed with people and laughter. Life and love in the USA have never been funnier as when these top headliners take the stage. Think Blue Collar Comedy Tour with better hair and bigger attitude! 5 MORE FAMILY FUN: All Tickets Just $10 Stretch and twist yourself during this fun performance fit for the whole family!
YOGAPALOOZA Saturday, September 18, 2021 3:30 p.m. Catch a concert in Downward Dog! Beloved recording artist and kids’ yoga educator Bari Koral presents Yogapalooza! Bari and her excellent band will take kids and families on a rockin’ music and movement adventure. Together we’ll learn popular yoga poses with a dancing bear, pop like popcorn, “sleep” like a pony in the barn, fly like rocket ships, run with a gingerbread man and much more as we dance, stretch, sing and play to Bari’s award-winning songs. Based on the TV show created and hosted by Bari Koral, Yogapalooza is an interactive concert packed with good times.