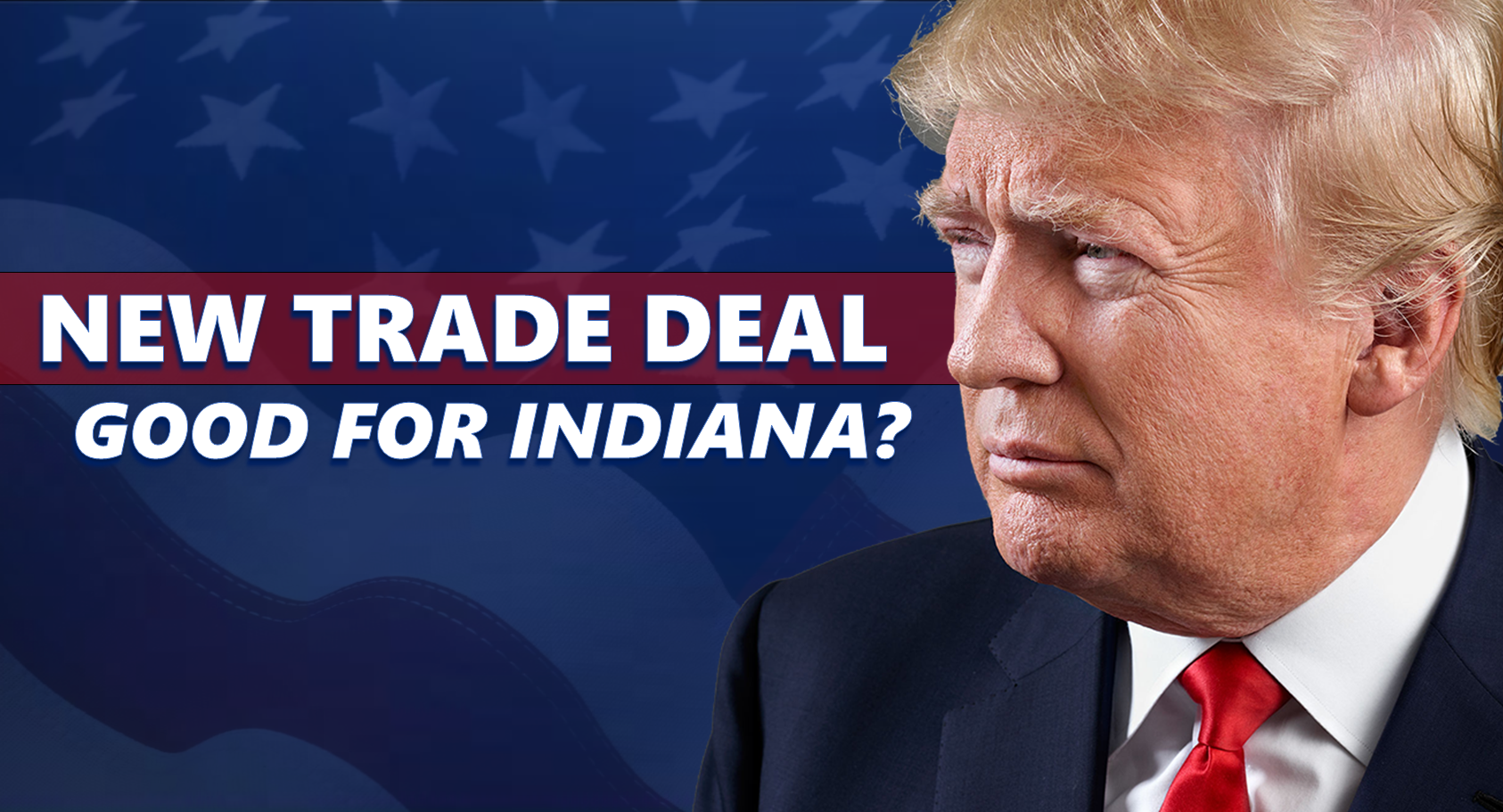 WASHINGTON, D.C.--Indiana farmers and business may have an advantage with the new United States-Mexico-Canada Agreement. That's the new trade deal that Pres. Trump means to replace NAFTA, or the North American Free Trade Agreement.

"NAFTA created a somewhat free trade zone, where the USMCA creates a true free trade zone in North America, other than specific products," said Matt Will, associate professor of Finance at the University of Indianapolis, talking to our partners at Inside Indiana Business.

Perhaps the most visible and immediate impact will be on Hoosier dairy farms.

"The big hype about dairy being free , that's not really true. What happened is the Canadian dairy industry did get a lot of protections. But, the U.S. market is allowed to go into it now. That's a new thing, because it was completely shut off," said Will.

He said the protections for Canadian dairy were necessary because otherwise Canada might've backed out of the deal. The deal still must be approved by all three governments.

Hoosier dairy farmers have been having a tough time in the past few years because of having an excess of milk, and fewer places to try and sell it. Some farms have shut down. Others have been attempting to have the milk shipped to places to have cheese and other products made from it.

"This agreement eliminates all agricultural tariffs, other than dairy, to Canada," said Will.

But, dairy is not the only product that can be traded more freely.

"That's gonna be a boon for the farmers in Indiana because the markets that were previously closed, especially Mexico, which had a very large number of tariffs preventing us from shipping our agricultural products especially poultry and pork, those are all gone now."

Will said Indiana will also have advantages in industry because the deal bans other countries from giving money to industries so they can compete against America.

"So now Hoosiers will compete on a level playing field with manufacturers and agricultural products across the globe, instead of competing at a disadvantage."