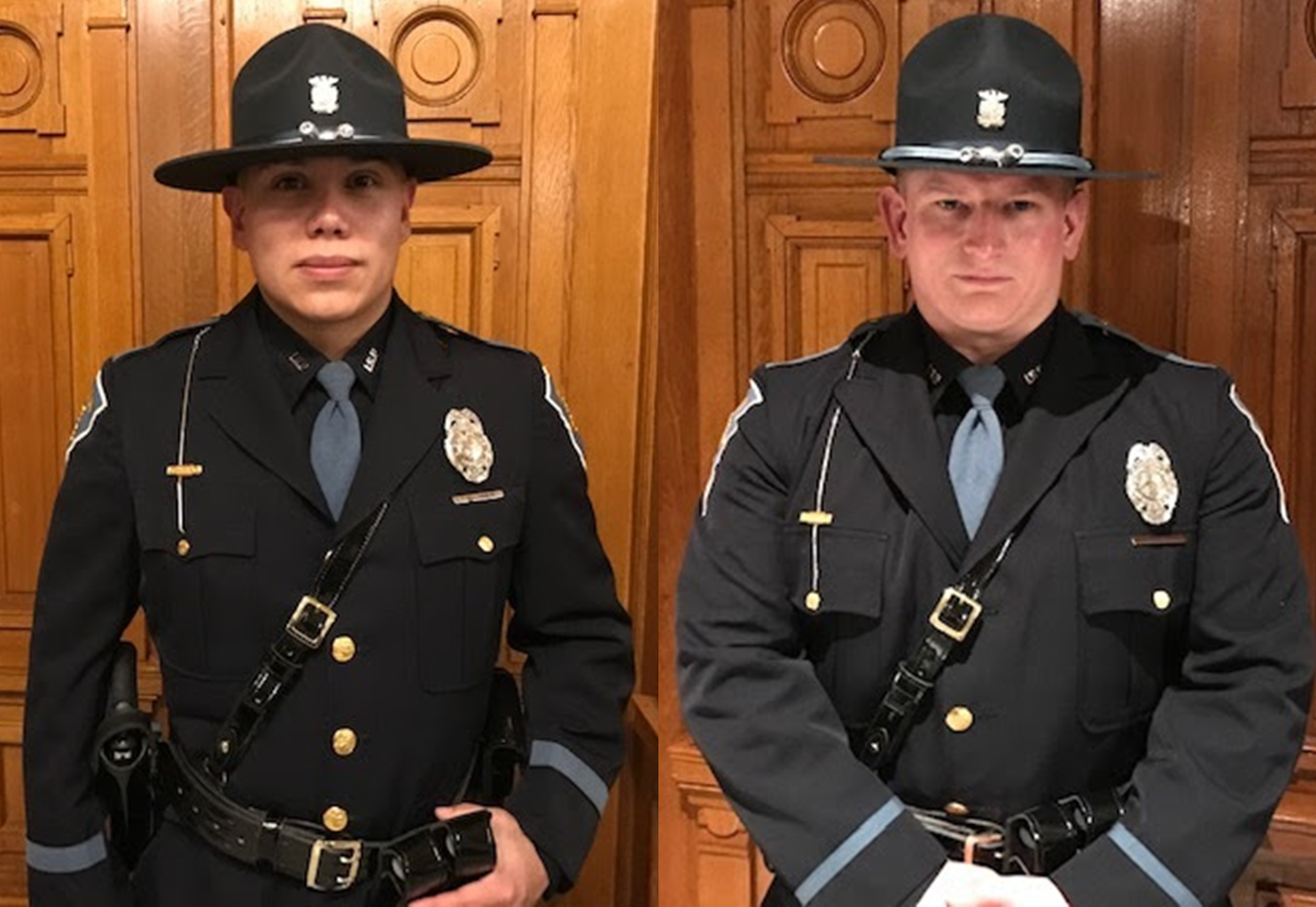 The new Troopers are Andrew S. Jones and Jonathan Villanueva.

Jones ,27, a native Jasper and attended Jasper High School graduating in 2010. In August of 2010, Jones joined the United States Marine Corps . Jones spent his first two years of his Marine Corps enlistment in Okinawa, Japan and the remainder of his time at Camp Pendleton, California. . Jones worked as a correctional officer at Branchville Correctional Facility from October of 2014 until November of 2016. In November 2016, Jones was hired as a police officer in Huntingburg until June of 2019 when he started the State Police Academy to become a trooper. Jones and his 5-year-old son are residing in Jasper.

Villanueva ,29, graduated from Jasper High School in 2008. Villanueva worked for Goody’s and Sternberg Automotive. In December of 2014, Villanueva became a reserve officer for the city of Huntingburg and that is when he fell in love with this profession. In 2019, he attended and graduated the 79th recruit class for ISP. Villanueva currently lives in Huntingburg with his wife and children.

Lieutenant Jason Allen stated he is excited to have the two new Troopers in the district, and is excited for them to become part of the Jasper Post family.