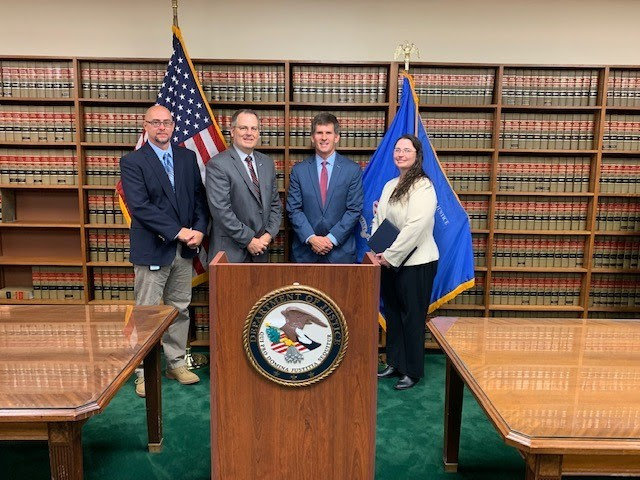 Evansville – On Friday, September 17, Mitzi Templeton, an Indiana State Police Forensic Scientist (Firearms and Toolmark Examiner) was selected to receive a United States Attorney’s Award in recognition of her contribution to the effort to combat crime in the Southern District of Indiana.

The award is based on the exemplary public service she performed during the joint State and Federal investigation and prosecution of Amber and Justin Brewer for the offense of unlawful firearm possession and murder.