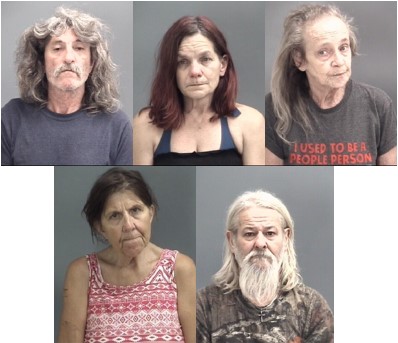 Gibson Co. – A Gibson County search warrant led to the arrest of five in connection with drug charges.

A recent drug investigation by Indiana State Police led to the execution of a search warrant for a residence located on West Broadway Street in Princeton.

The investigation also revealed Janice Mustain, 62, was selling meth from the residence. All five subjects were arrested and taken to the Gibson County Jail where they are facing various drug offenses.