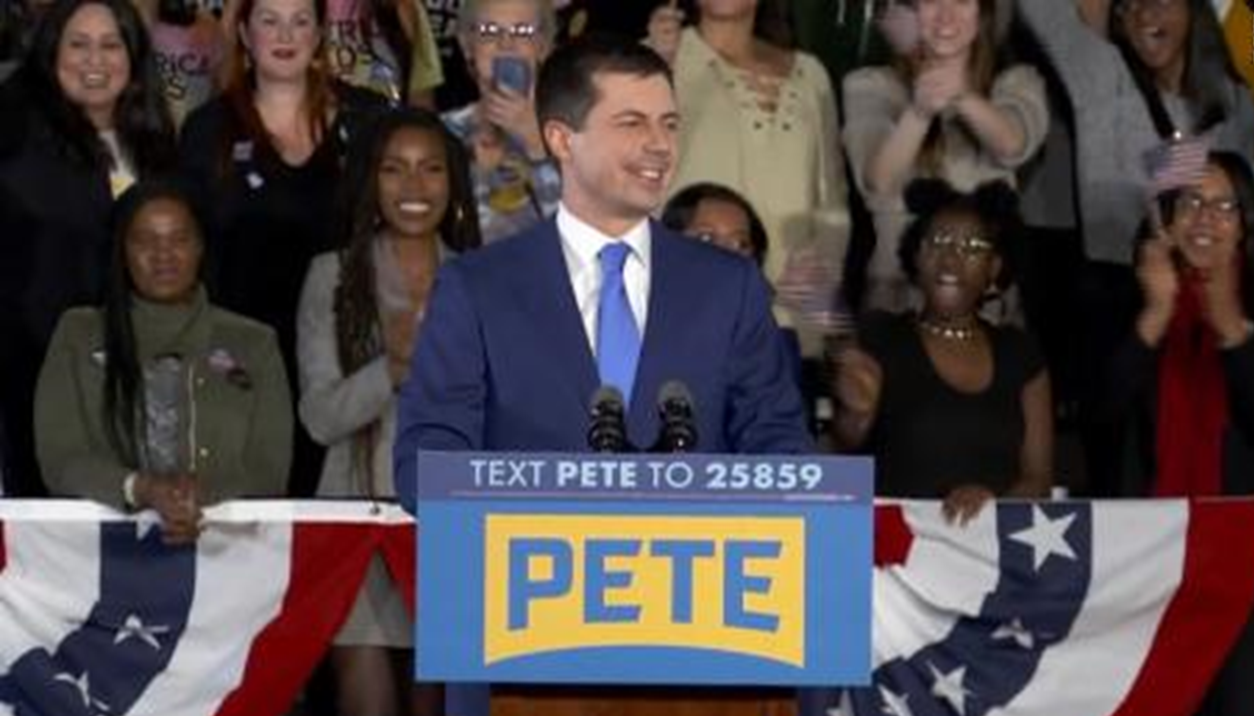 After more than four hours without any official returns, Buttigieg went ahead with his victory speech, declaring Iowa "shocked the world." He says his campaign proved he can translate his enthusiastic crowds into votes. And he says his presumed success in Iowa demonstrates the wisdom of trying to broaden the Democratic coalition by seeking common ground with voters who may disagree on some issues.

While Buttigieg has criticized Senators Bernie Sanders and Elizabeth Warren as too absolutist, he didn't mention any of his rivals by name in his caucus-night address to supporters at Drake University -- less than half a mile from former Vice President Joe Biden's gathering, But the former South Bend mayor repeated the gist of that criticism, warning Democrats against "overreaching" and uncompromising attitudes which push away potential supporters instead of welcoming them.

Buttigieg says he's forging what he calls a "new Anerican majority" eager to get away from what he calls the exhaustion and cynicism of the Trump era. He says Democrats will have only one chance to limit President Trump to one term, and argues his message is best suited to achieve it, Buttigieg now turns his attention from the nation's first primary to the nation's first primary, in New Hampshire next week. He and the other Iowa contenders will be joined by three more candidates who gave up on Iowa to make a stand in the Granite State: Hawaii Congresswoman Tulsi Gabbard, Colorado Senator Michael Bennet, and former Massachusetts Governor Deval Patrick.