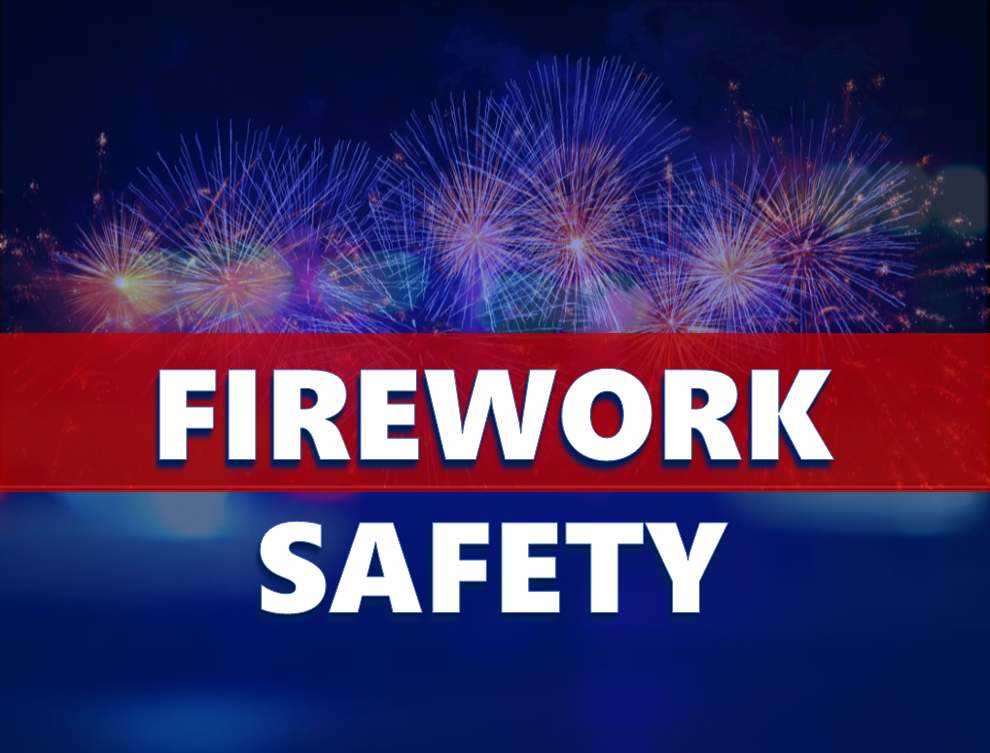 STATEWIDE -- The Indiana Department of Homeland Security is releasing firework safety information as a reminder to safely and lawfully use fireworks this holiday week.

Use extreme caution when lighting fireworks in the wind. Keep spectators where the wind is blowing away from them.

Store fireworks in a cool, dry place away from the reach of children.

Steer clear of others setting off fireworks. They can backfire or shoot off in the wrong direction.

Do not attempt to make or alter any fireworks or firework devices.

Always have a fire extinguisher or water supply, such as a hose or bucket of water, nearby.

Only light one firework at a time and never attempt to re-light or fix a “dud” firework.

Think about pets. Animals have sensitive ears and can be very frightened or stressed by firework sounds. Additional Information

More than one -third of all reported firework -related injuries were to hands or fingers.

Eye injuries accounted for 11.7 percent of the total number of injuries.

49 percent of the injuries were caused by firecrackers, rockets and sparklers.

Firework use on private property accounted for 61.3 percent of reported cases.

Fireworks can only be purchased by persons 18 years of age or older. Firework Laws

Throughout the year it is legal to set off fireworks from 9 a.m. to 11 p.m., but this may be limited further by local ordinances. Citizens should check with local officials.

On state holidays it is legal to set off fireworks from 9 a.m. to midnight, but this may be limited further by local ordinances.