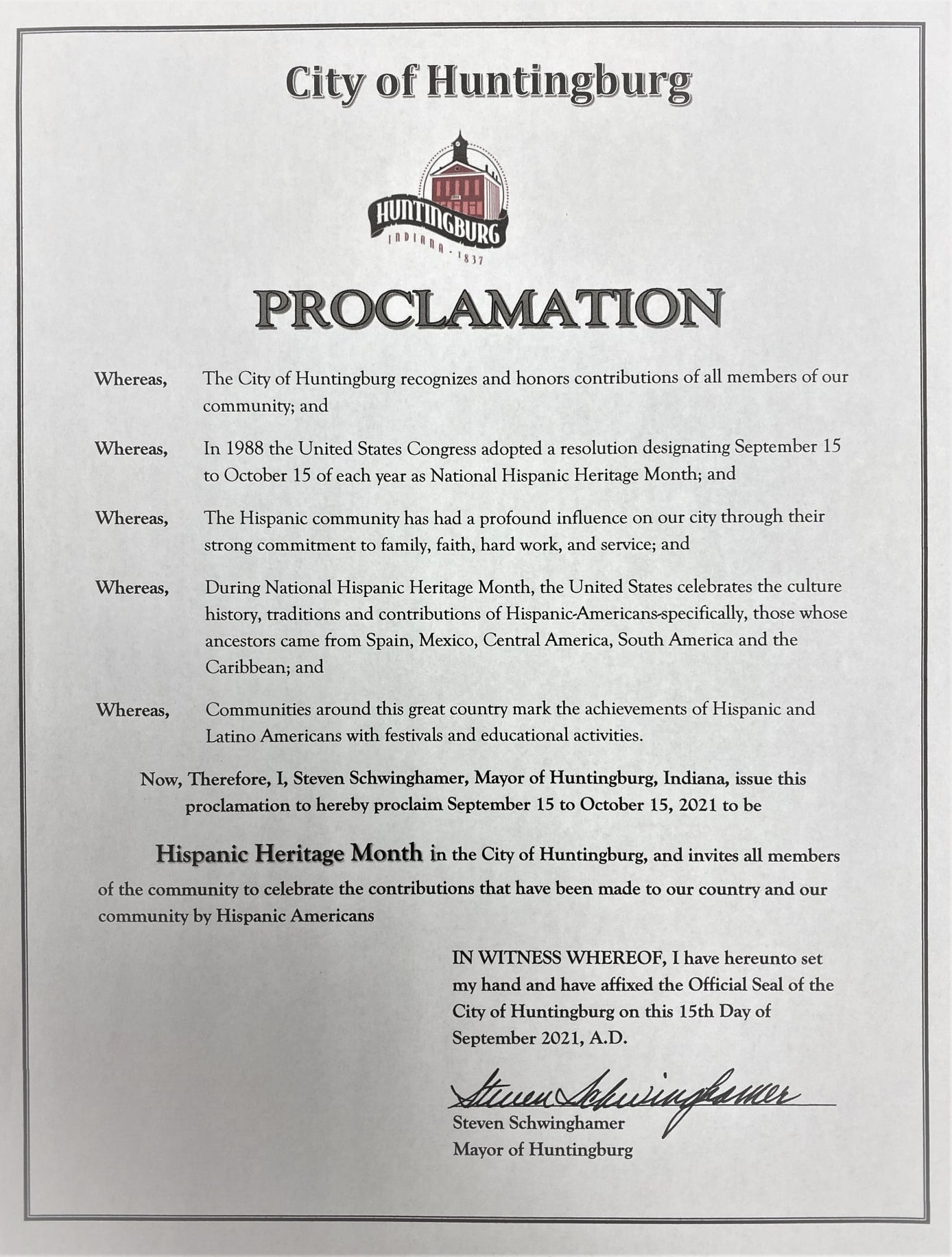 The country first recognized a Hispanic Heritage Week under President Lyndon B. Johnson - then expanded the heritage observance to a month in 1988 by Ronald Reagan. In the Huntingburg proclamation, Mayor Schwinghamer says that the city will do the same.

"The Hispanic community has had a profound influence on our city through their strong commitment to family, faith, hard work, and service..." Schwinghamer said. "During National Hispanic Heritage Month, the United States celebrates the culture, history, traditions and contributions of Hispanic-Americans - specifically those whose ancestors came from Spain, Mexico, Central America, South America and the Caribbean."

The 30-day period between September 15th to October 15th will now be known as Hispanic Heritage Month in Huntingburg, annually.