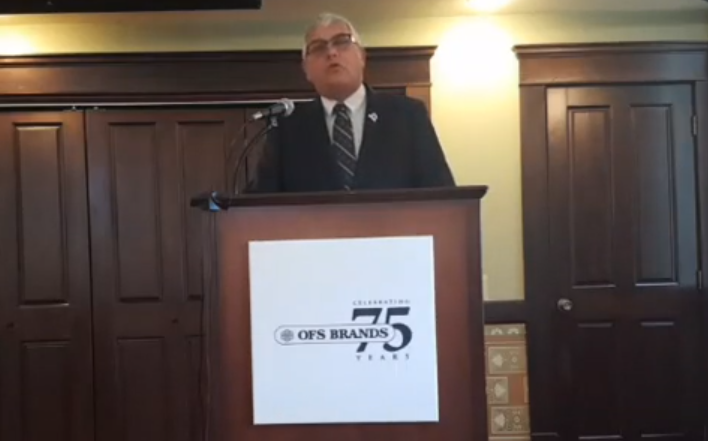 "Since the Stellar Designation, population in Huntingburg has increased 6.5 percent, explained mayor Spinner.  "The median household income has grown by ten percent, increasing from $42,903 to $47,221. The percent of people employed has grown 4.5 percent. And the number of families living below the poverty level has declined by one percent. These are the indicators that are encouraging as we strive to be the best Huntingburg we can be. To be a Stellar Community. To be “A City Like No Other!”

The mayor touted Huntingburg’s accomplishments over the past year and made commitments to the future.

"Huntingburg’s 4th Street has long been recognized across the state as an example of how a rural community can adjust to economic trends and not just survive, but thrive. We are on the verge of a major transition in our downtown. I want to tell all those who are committed to 4th Street that we are committed to you."

The mayor says that will reduce power outages during storms and winter weather.

The city is also now totally broadband-accessible and 4th Street now has free WiFi for shoppers to utilize while spending time in downtown Huntingburg.

You can see both in video below.