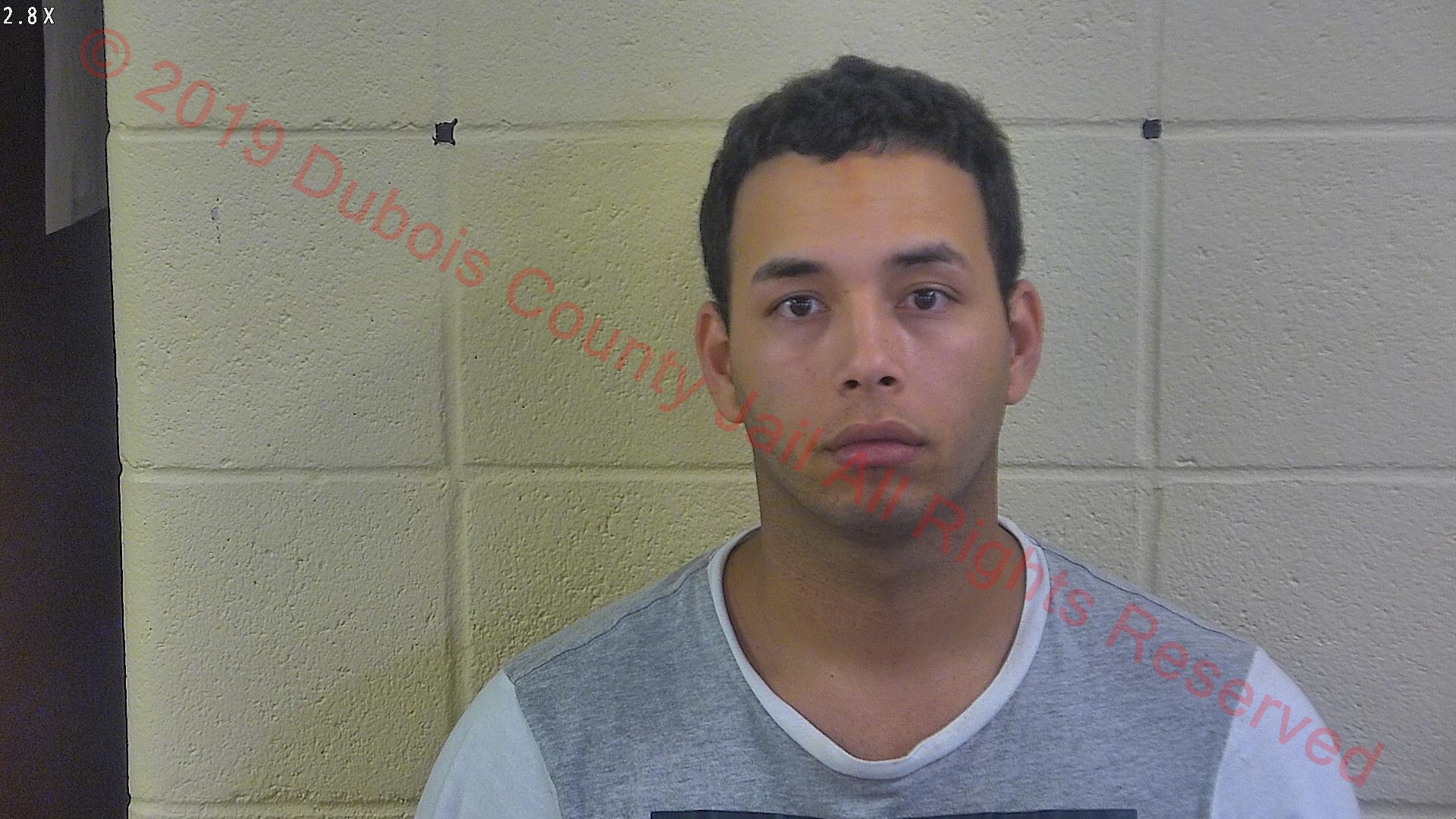 HUNTINGBURG -- A local man was arrested Tuesday on charges he violated a No Contact Order.
Police were called out to an apartment in the 3000 block of Westwood Blv. Tuesday night on a report of a domestic dispute.
The victim told police her ex-boyfriend, Luis Garcia Risquet, 24 of Huntingburg, left the scene before officers arrived.  He was located a short time later at a gas station on Lube Way.
Police arrested Risquet on two counts of Invasion of Privacy (No Contact Order Violation).