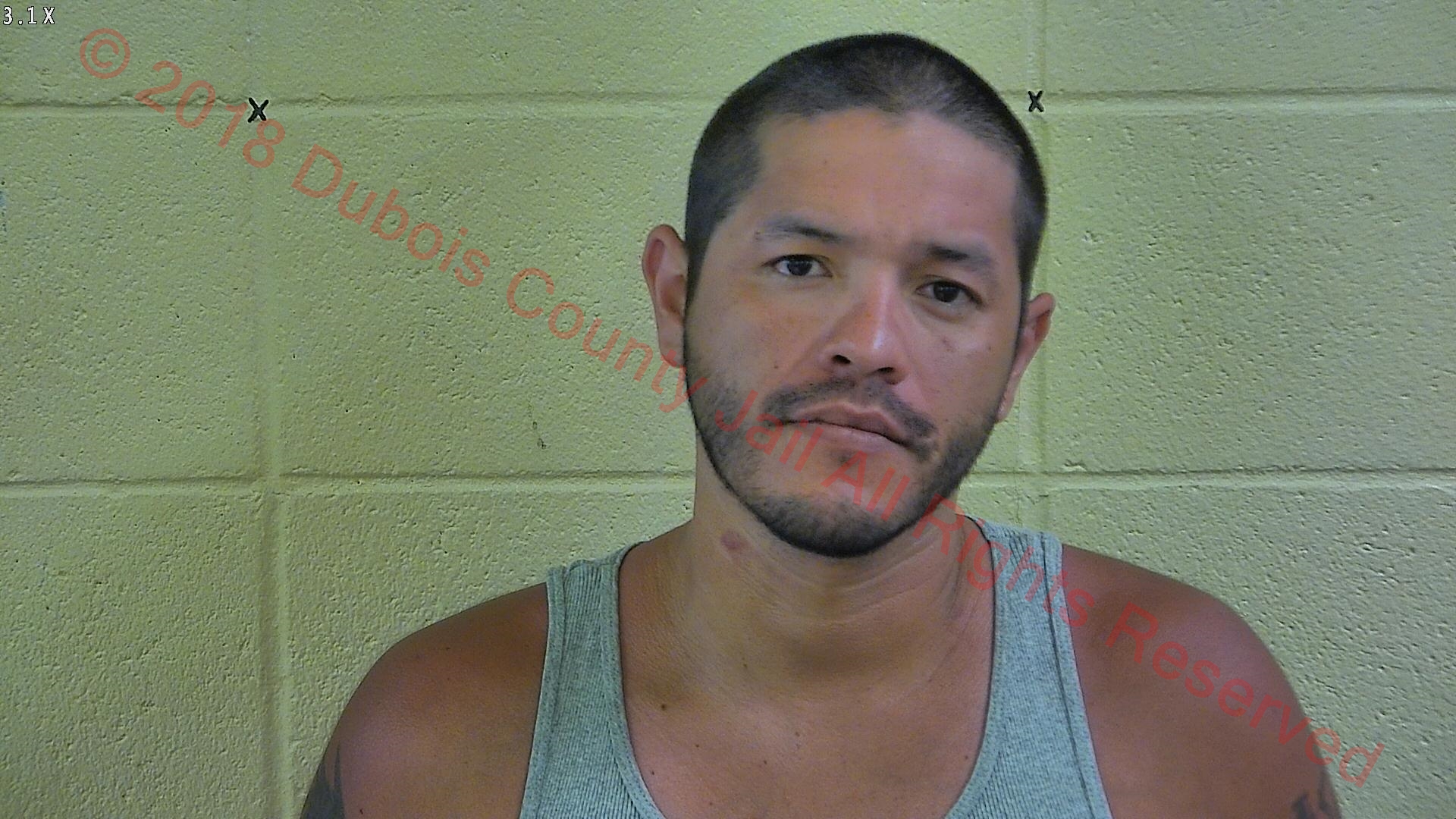 HUNTINGBURG -- A Huntingburg man is in jail after police say he got drunk, battered and strangled his girlfriend in front of a child and busted out a window of a trailer.

Police were called out just before 11:30 Sunday night to the 11,000 block of Whispering Pine Road on a report that an intoxicated male was destroying property there.

Responding officers caught up with Juan Avalos driving north on U.S. 231 and learned he allegedly battered his girlfriend earlier in the day.

Police say the female victim had bruising on her face, throat arm and leg.

Avalos is facing multiple charges today including felony counts of Strangulation, Domestic Battery in the Presence of a Child, and OWI enhanced due to a prior conviction.

He also faces misdemeanor charges of Criminal Mischief and Driving While Suspended.