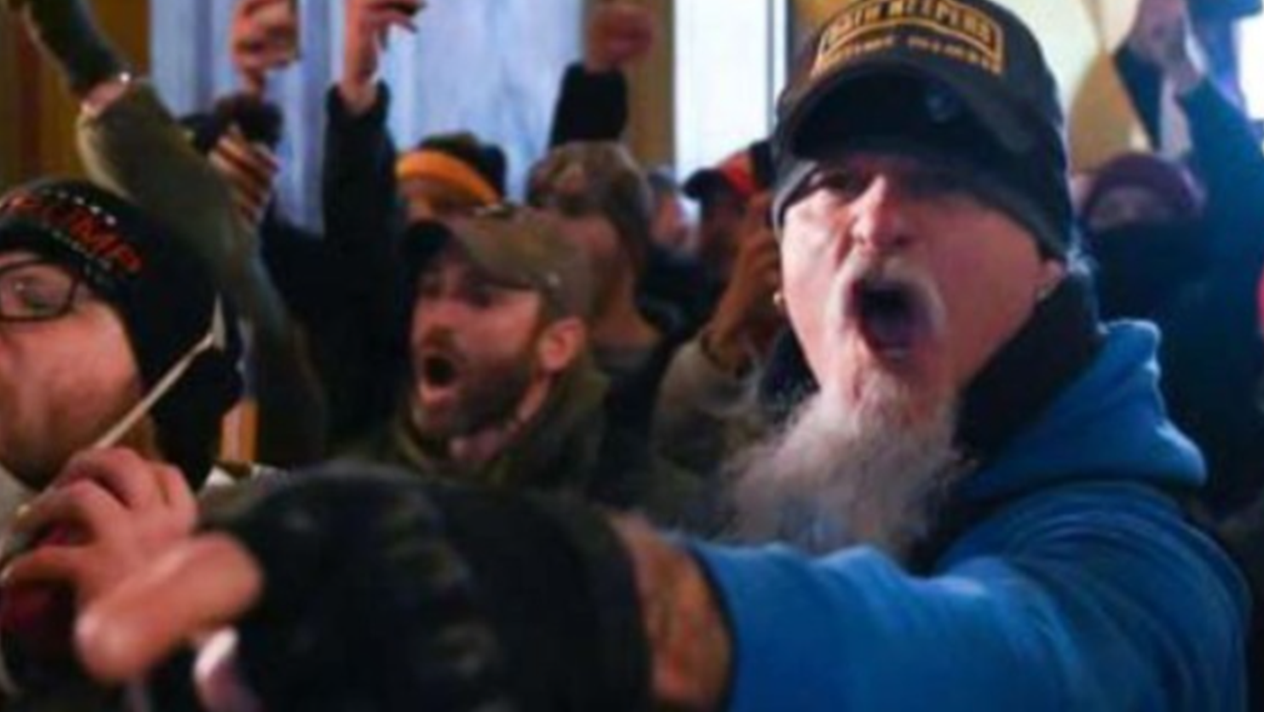 WITZ RADIO NEWS IS AN AFFILIATE OF NETWORK INDIANA
WASHINGTON DC -- A Hoosier has been arrested after the U.S. Capitol riot.
Jon Schaffer from Columbus turned himself in to police Sunday afternoon, says the FBI.
According to police, Schaffer is a local heavy metal guitarist for the band Iced Earth, who apparently used bear spray to enter the Capitol building.
He was also seen in several pictures on the FBI Most Wanted page, wearing a hat with the armed militia group Oath Keepers' logo on it.