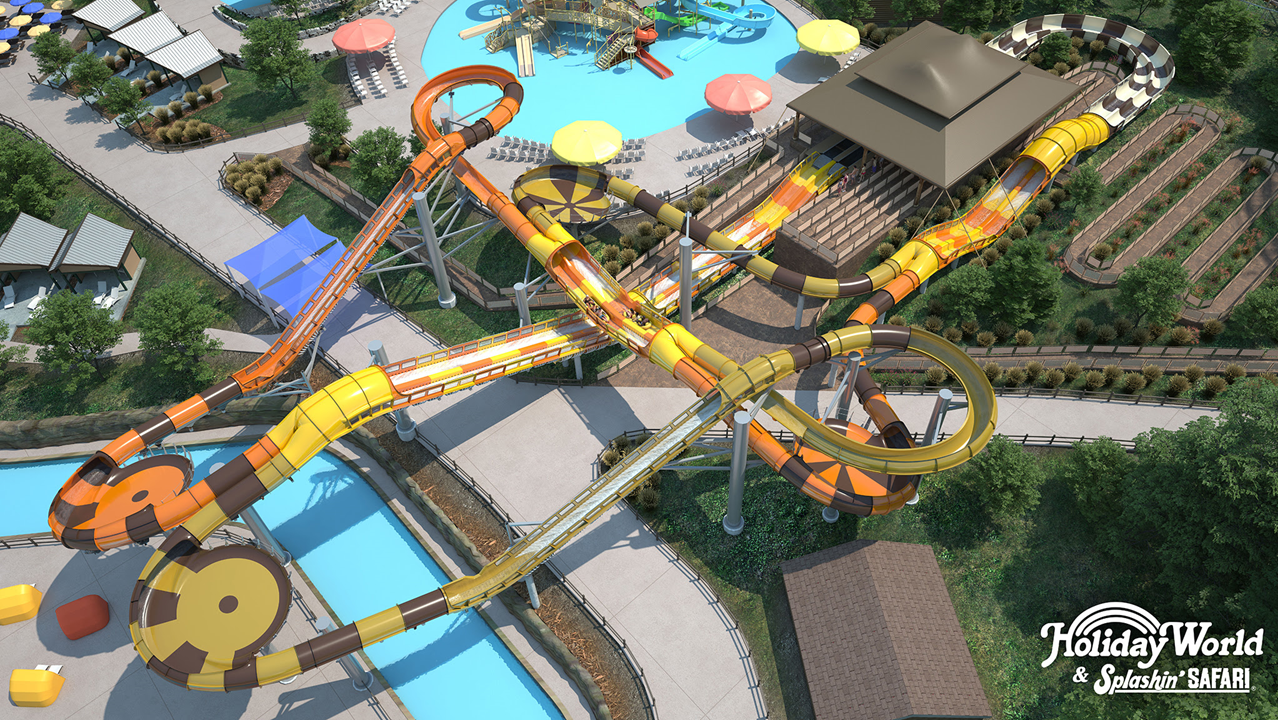 SANTA CLAUS -- A new water coaster is coming to Holiday World in 2020.

“Cheetah Chase is the perfect thrill ride for families. The three-person rafts allow families to race face-to-face, and the launch is the first of its kind,” says Holiday World’s president, Matt Eckert. “There’s nothing like this out there.”

With a total investment of approximately $7 million, Cheetah Chase is the world’s first full-circuit racing water coaster. It will travel at 30 feet per second and will have the tallest RocketBLAST® section in the world—27 feet tall. Each side will feature five RocketBLAST® sections: one flat and four uphill.

Holiday World & Splashin’ Safari’s existing water coasters Wildebeest and Mammoth have been voted the #1 and #2 water park attractions, respectively, by the Golden Ticket Awards presented by “Amusement Today.”  Wildebeest has won the #1 spot for nine consecutive years and Mammoth has been certified by Guiness World Records as the world’s longest water coaster.

“With the addition of Cheetah Chase, Splashin’ Safari will now be the undisputed Water Coaster Capital of the world,” adds Eckert.

Holiday World & Splashin’ Safari are open weekends through the end of October. For more information, visit HolidayWorld.com or call 877-463-2645.