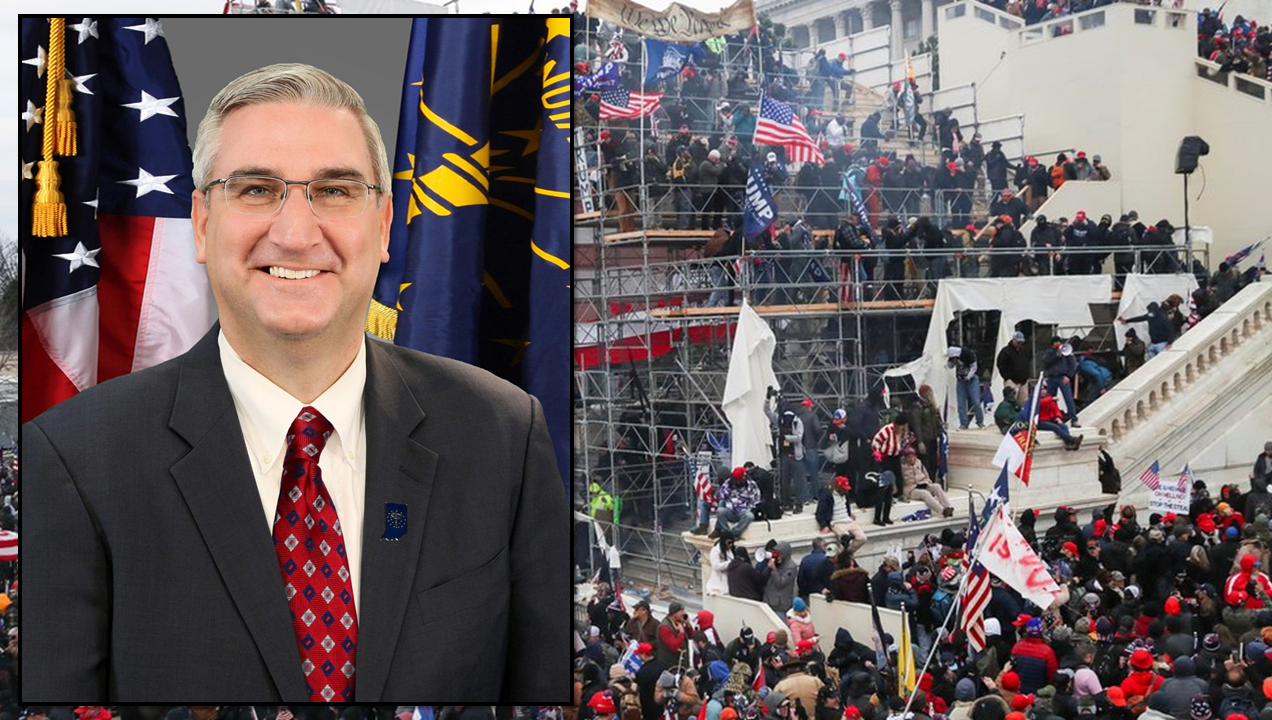 INDIANAPOLIS -- Indiana governor Eric Holcomb released a statement Wednesday in response to the riots that occurred at the U.S. Capitol building.

“It’s both saddening and sickening to watch a mob devolve into thinking their rules would ever replace the rule of law. I unequivocally condemn the violence at the U.S. Capitol that we are now witnessing.  Passion, patriotism and love for our nation should always and only be expressed in constructive ways that seek to honor the ideals on which our nation was founded. Any means of violence runs counter to who we are and is never acceptable.”