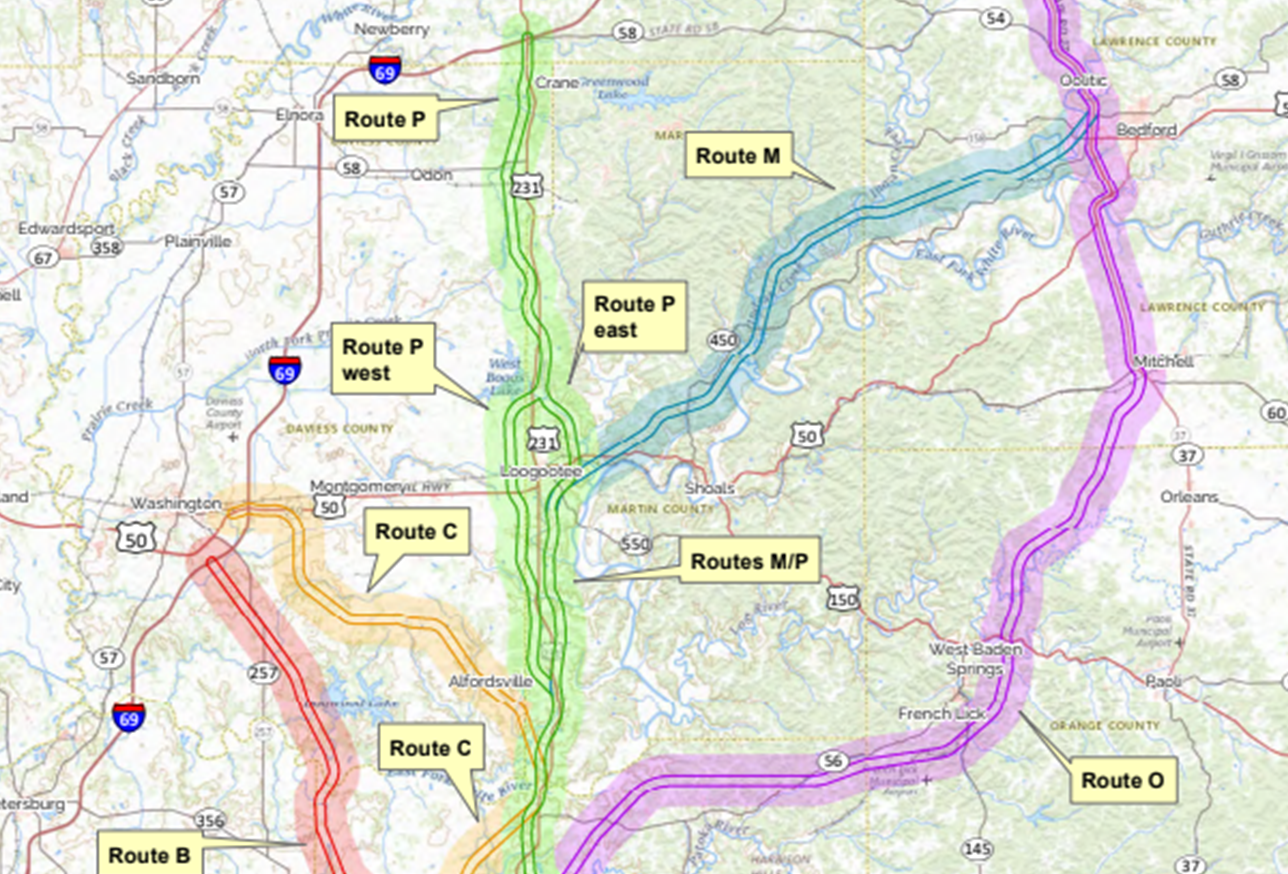 FRENCH LICK -- Officials at the French Lick Resort say they are all for the Mid-State’s Corridor.

The French Lick Parkway Coalition is an advocacy group representing the resort.  It’s pushing for the “Route O” option, which would travel northeast to the French Lick area, go north through Bedford and eventually connect to I 69 in Bloomington.

Developers looking at a Mid-State’s Corridor through Dubois and surrounding counties want to hear from you at one of three public meetings this week.

Public Meetings will be held in Jasper, Loogootee and Bedford.

The meetings are scheduled 5:30 to 7:00 p.m. ET and will feature an open house format. A presentation is planned for 6 p.m. each night. Project team members will be available for one-on-one conversations and questionnaires will be available to gather public input.

Project spokesperson Mindy Peterson says the team is considering many factors during the screening process.

"We are working toward identifying a single preferred corridor by this fall, so the feedback that we get right now from both public and various agencies will help inform that decision," Peterson said.

To take a look at the routes being considered: https://www.insideindianabusiness.com/story/41688923/southern-indiana-highway-project-identifies-potential-routes