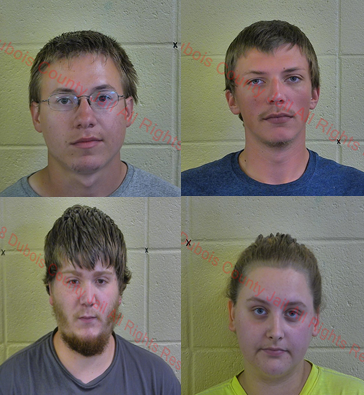 IRELAND -- Four people were arrested this week following an investigation into a string of burglaries in Ireland.

Leinenbach Tire and Ireland Car Credit, both in Ireland, were broken into earlier this month.

The suspects allegedly stole cash, tools and other items.

As a result of an investigation by the Dubois County Sheriff’s Department, four were arrested….

Sadler is charged with six felony counts of burglary, attempted burglary and theft along with some misdemeanor charges.

Newland and Woody are both charged with felony burglary and theft.