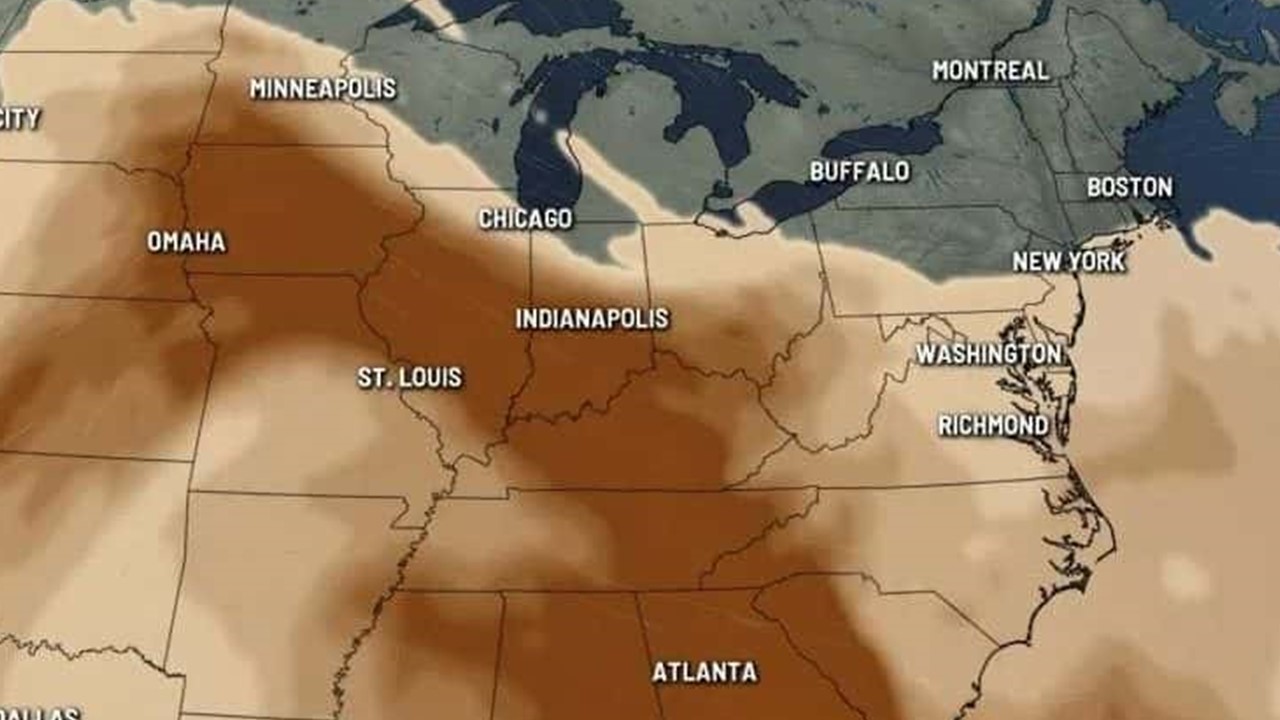 STATEWIDE -- Dust from the Sahara Desert in Africa will be impacting the air here in North America in several ways this weekend.

WISH-TV Meteorologist Tara Hastings says the U.S. is regularly impacted by clouds of dust from the Sahara once or twice a year. But, she says the cloud of dust that is heading this way this year is a little more intense than in year's past.

"We're tracking the Saharan dust that is traveling across the Atlantic," Hastings said. "Right now it's in the Gulf (of Mexico) an we expect it to travel a little further north into this weekend."

Far enough north to reach Indiana where Hastings expects poor air quality and advises anyone with respiratory problems or issues to be advised and plan accordingly.

We're going to be seeing a milky looking sky," said Hastings. "It's going to look a little hazy at times. Similar to what you might see when there is a lot of smoke or haze in the atmosphere."

Though that is a negative impact of the dust, Hastings says there are several positives.

"One cool thing we are going to be seeing are vibrant sunsets and sunrises," she added. "The dust particles in the atmosphere, they're going to scatter that light and we should be seeing some cool sunrises and sunsets."

Hastings also said the dust is a welcome sign for those living on the eastern seaboard and in the Gulf of Mexico. She said the dry air from the dust "inhibits tropical development", meaning the dust stalls the atmosphere's ability to produce thunderstorms, tropical storms, and hurricanes.

As long as the dust is in the atmosphere around North America that means there is less of a chance for powerful storms such as these to hit the U.S.