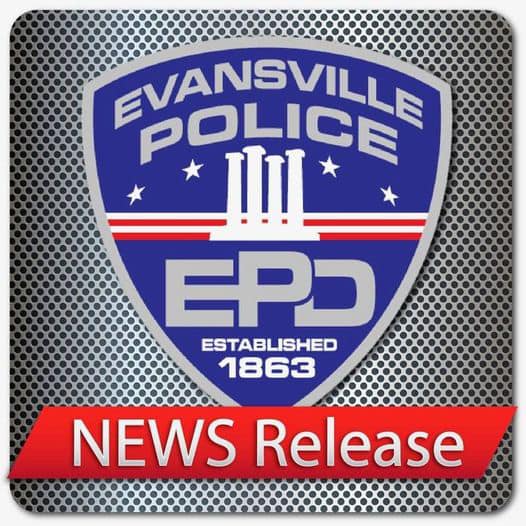 Evansville- More is known about Thursday’s shooting at the Walmart on Evansville’s west side.

Sergeant Anna Gray with the Evansville Police department says Ray Mosely II traveled to the national store on foot before heading to the break room where the store was holding a 10:00pm meeting. Once inside he flashed his 9mm handgun and ordered those in the break room against the wall. One of the employees, identified as Heather by EPD, managed to escape while Mosely was not looking. Two employees, one male and one female, were ordered to stand in the middle of the room. This is when he shot the female employee in the face, according to Sgt. Gray.

The male victim, who has not been identified, escaped the room and Mosely would ensue a chase. During Mosely’s chase, the other occupants escaped the break room, but the female victim remained inside. Heather would return and render aid before removing the victim from the breakroom before Mosely returned.

Officers arrived as Mosely returned to the breakroom and began searching for the female victim. He would attempt to flee, but ran into officers and would open fire on police before retreating back inside. Officers searched the 200,000 square feet structure and again exchanged gunshots with Mosely inside of the building.

Body Camera footage shows officers telling Mosely to drop his weapon before Mosely fired shots at them. Mosely was killed in the exchange inside.

Officials say seven EPD officers and one Vanderburgh County Sheriff’s Deputy discharged their weapon during the shooting. EPD officers involved submitted to a blood draw, surrendered their weapons, and were place on paid administrative leave, as is procedure according to Sgt. Gray. An estimated 70 total law enforcement officials with the Evansville PD and Vanderburgh County Sheriff’s Department responded to the call, though total numbers have not yet been confirmed.

Officials believe Mosely was targeting Walmart employees at the store due to being fired. In a release, reports claim Mosely was fired in May of 2022 due to accusations of battery on employees. He was in the Vanderburgh County Court the day before the shooting for these accusations.

The female victim was taken to a nearby hospital before being air lifted to another hospital outside of Evansville due to her injuries. Officials report she is in stable condition, but will be affected by the shooting for the rest of her life.

In a statement to the community EPD said:

"This was a very tragic incident that rocked our community. While it certainly could have been worse, our thoughts and prayers go out to the victim who was injured as well as all of the victims who were involved in the incident. The teamwork between the different law enforcement agencies, Dispatch, EFD,AMR, and Wal-Mart employees, was outstanding."

Evansville- Evansville Police report a shooting occurred inside the west side Walmart.

Calls came at 9:59pm on Thursday about the shooting. When officers arrived on scene the suspect, 25-year-old Ronald Ray Mosley II, exchanged gun fire with police inside the building. Mosley was a former employee of the company, according to the Courier Press.

“There were multiple times where he was actively shooting at officers,” reported Evansville Police Sergeant Anna Gray outside of the Walmart.

Officers report the Mosley was killed in the exchange on-scene. A search found one victim as of Friday morning who was taken to the hospital in unknown condition.

“Sending our gratitude to the Evansville Police Department for acting swiftly with bravery and professionalism to neutralize this threat and keep their community safe.”

Officers with EPD are searching the area for more possible victims. They ask that if you know any information that can help with the arrest or were a victim, contact the police.

Evansville Police say, via twitter, a press conference will be held on Friday with an update.