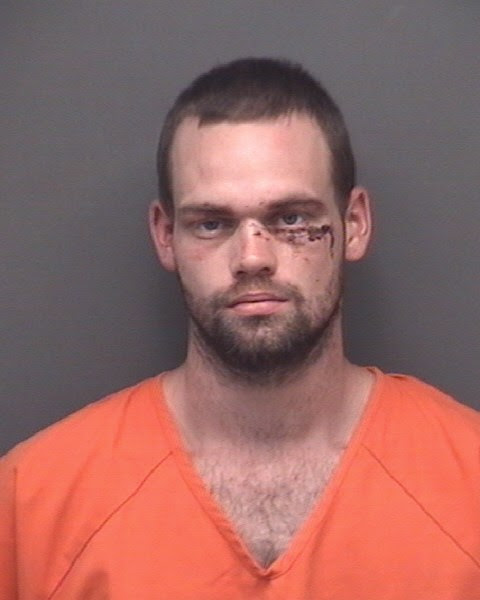 Warrick- At approximately 1:00 this morning, Indiana State Police responded to a report of subjects walking along I-64 near the 37 mile-marker. When troopers arrived, they located two adults and three children at the 36.5 mile-marker.  The adult male was identified as William Burdette, 27, of Evansville. Further investigation revealed Burdette was driving a 1997 Ford Explorer westbound on I-64 near the 36 mile-marker when the vehicle left the roadway on the north side, rolled several times, and came to a final rest down an embankment. Burdette displayed signs of impairment and had minor injuries. The adult female and Burdette’s six-year-old daughter had minor injuries. Burdette’s three-year-old and one-year-old sons were not injured. Warrick County EMS checked everyone involved in the crash and further medical treatment was refused. A family member later picked up the adult female and Burdette’s children. Burdette submitted to a blood test and those results are pending. Burdette was arrested and taken to the Warrick County Jail where he is currently being held on bond.