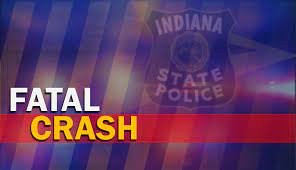 A single vehicle crash on State Road 161 near Holland on Wednesday claimed the life of a Washington man.  Indiana State Police responded to the crash around 2:30am Wednesday morning.

Trooper Andrew Watson's preliminary investigation shows that a 2014 Volvo Semi-tractor trailer was traveling southbound on State Road 161 when the vehicle left the traveled portion of the roadway for unknown reasons. The vehicle came to final rest on the east side of the road after striking several trees. The driver, James Daniel Burchell Jr., 45, of Washington, Indiana, was the only occupant of the vehicle and was declared deceased at the Dubois County Coroner's Office.