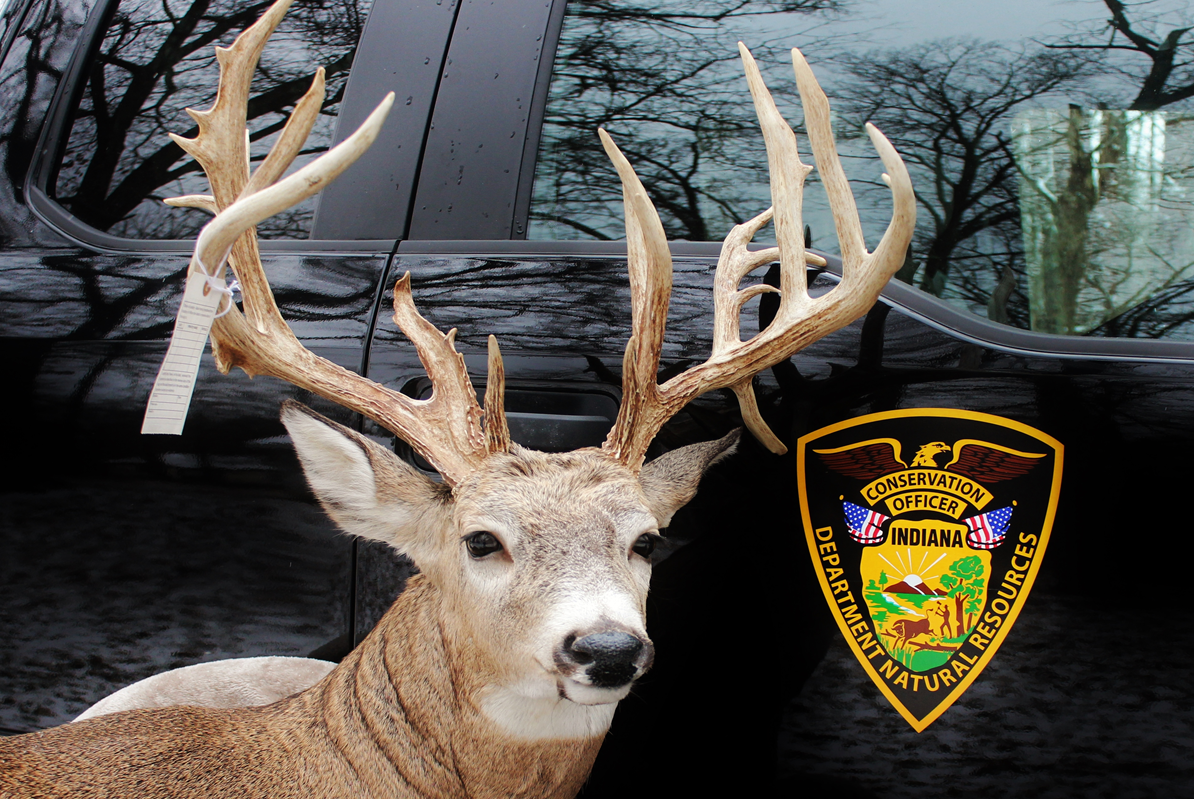 From Local Sources      Photo: IN DNR

JASPER -- Most hunters would have considered it the" buck of a lifetime," but a Dubois County man has been sentenced for illegally taking it, according to a statement released by the Indiana Department of Natural Resources (DNR).

Mark Gill, age 56, of Holland, harvested a non-typical 20 point buck with more than 200 inches of antler during the 2016 season after already taking a buck earlier that archery season. This violated the state of Indiana’s one-buck rule.

As part of his plea agreement with the Dubois County Prosecutor’s office Gill’s hunting license privileges will be suspended for a period of two years, he will serve 100 hours of community service, be on probation for 540 days and pay $741 in fines and court costs including a $500 replacement fee, according to a release from the DNR.

The “Turn in a Poacher” or TIP Program was used in this case.  It’s a way for anonymous callers to provide information about wildlife crimes.  The number is 1-800-TIP-IDNR

You can also submit an on-line form by CLICKING HERE