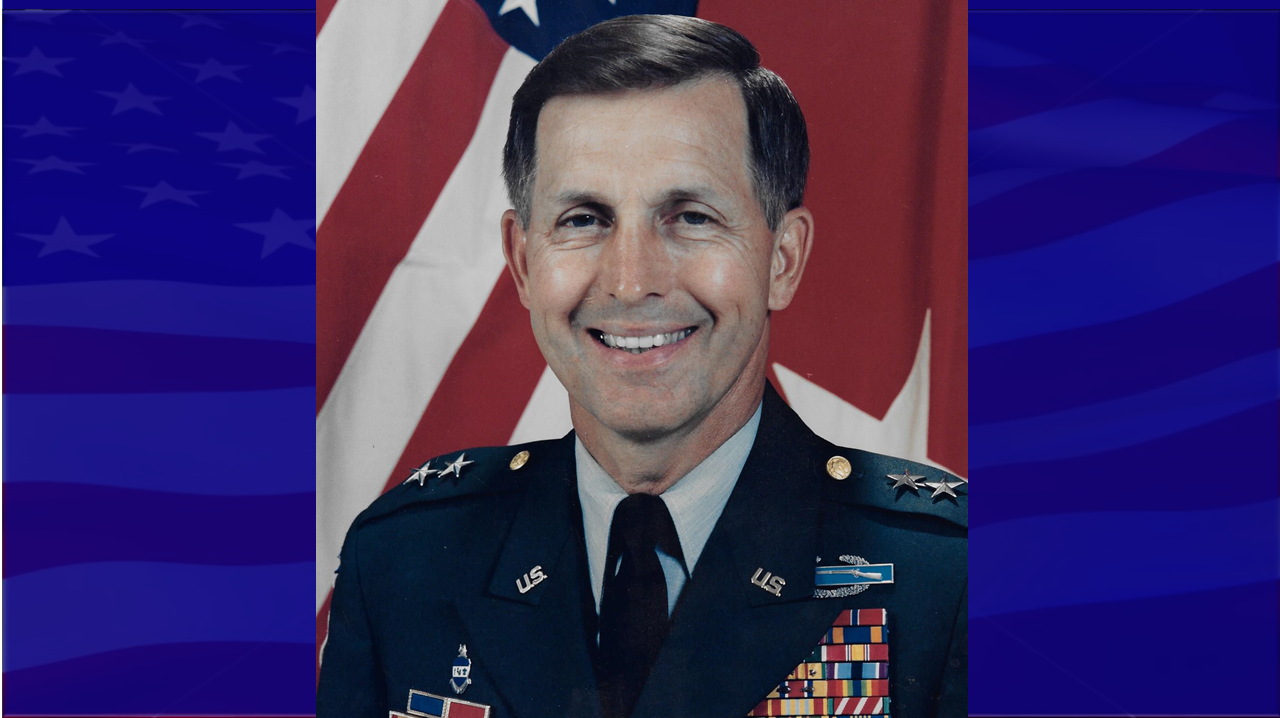 JASPER -- The annual observance of Memorial Day by the Dubois County Veterans Council will be Saturday May 25th beginning at 10:00 am. on the west side of the Dubois County Courthouse in Jasper at the Veteran’s Memorial and Fountain.
All Veterans Organizations of Dubois County will be represented and all Veterans who passed away this past year will be remembered.
Lowering the United States Flag to half mast will be done by the Marine Corp League. Gene Eckerle President of the DCVC and Member of VFW Post 673 and American Legion Post 147 and serves on both Honor Guards will be the master of ceremonies. Bob Fulling of Oakland City formerly of Jasper will be the presiding Chaplain. He attended Mackey High School and graduated from the Nazarene Bible College of Colorado Springs, Colorado. Served in the Army from 1961 and 1964 serving in the Korean DMZ.  He was a chaplain for the Clovis NM. Police department in 1980. He attends the Jasper Church of Nazarene.
The National Anthem and other patriotic songs will be sung by Bernie Jeffries and the Recycled Teenagers. Steve Bartels from the American Legion Riders will conduct the POW/MIA Ceremony.
Dan Hollinden from Navy Club Ship #90 will conduct a ritual remembering Sailors. Taps will be played by Chris Becher of Ferdinand after the 21-Gun Salute given under the command of Jerry Schnell of VFW Post 673. The Honor Guard consist of Veterans from Honor Guards through out the County honoring all deceased Veterans.
This year’s deceased veteran to be honored is Maj. General Kenneth Wayne Himsel. Major Himsel is the son of Luther and Geneva Himsel. He began his military career at Indiana University in the ROTC program being commissioned a Second Lieutenant in Infantry in 1959. His affiliation with the 38th Infantry Division began in 1961. In February 1963 General Himsel was named commander of Headquarters Company, 38th Infantry Division and was promoted to Captain in October of that year.
In September of 1965 he was transferred to the Division’s Airborne Rifle Company Commander until 1968, when as a result of reorganization, his unit converted to a Long Range Patrol Company-Company D (Ranger) 151st Infantry. In October of 1968 General Himsel was promoted to Major and sent to Vietnam where he was assigned as Assistant s-3 for the 3d Brigade, 4th infantry Division at Pleiku. In October 1969 he assumed command of Company D(Ranger)151st Infantry and returned the unit to Indiana in November nick named “Indiana Finest”.
Upon returning to the Indiana National Guard, General Himsel was assigned as S-3 for the Sepate Command, headquartered at Camp Atterbury. He was promoted to Lieutenant Colonel in January 1974. In 1976 he was reassigned as commander of the 2d Battalion, 293d Infantry, an element of the 38th Infantry Division. General Himsel became commander of the Division’s 2d Brigade in October 1978 and promoted to Colonel a month later. In March 1981 he was assigned as Assistant Division Commander for the 38th and appointed a Brigadier Geneal in July of that year.
With the untimely death of Major General John J. Dillon in June, 1983, General Himsel became the Division’s Commanding General and was appointed a Major General in February 1984. Major General Himsel was killed on November 12, 1992 in a plane crash when he went to Alaska to inspect his troops.
He is survived by his wife Deborah Doyle of Greenwood, daughters Krista Benge of Indianapolis and Kendra Allison of Brignton, Colorado , sister Judy Kerkhove of Greenwood and three brothers Ron and Jerry of Jasper and Thomas of Greenwood and four grandchildren.
Guest speaker for this years observance will be Steve Chastain of Celestine, IN. a member of VFW Post 673 Jasper, American Legion Post 147 and DAV Chapter #77 of Dubois County.
His military service took him to Vietnam, I-Corps. Steve Chastain performed duties as Rifleman, Mortar Man, and Squad Leader for A Company:4/3, 11th Light Infantry Brigade: Americal Division.
At this Memorial Day event, Sgt. Chastain will be paying honor to fallen comrades, as well as giving insights into invisible wounds, specifically PTSD. The Jasper Park and Recreation Department will provide temporary bleachers for this event but you are encouraged to bring lawn chairs.
The Monsignor Wernsing K of C 4th Degree Assembly 0251 and Boy Scout Troop 185 will be serving bottled water during this event. VFW Post 673, located at their new home on 3131 Suite 3 Newton Street Jasper will host a reception for the family and friends of Kenneth Himsel along with those participating in this event.
In case of inclimate weather all events will be held at VFW Post 673, 3131 Suite 3 Newton Street Jasper.
For more information please contact Gene Eckerle President of the DCVC at 812-631-3693.