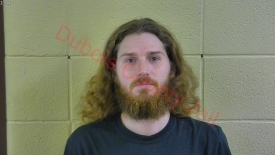 Police say Addison Heldt of Dubois was drunk when he was stopped just after 1:30 Tuesday afternoon on Second Street in Jasper.

As he was taken into custody, police say Heldt was verbally abusive to the officers and resisted arrest.

He’s charge with two counts of OWI, one a felony, the other a misdemeanor.