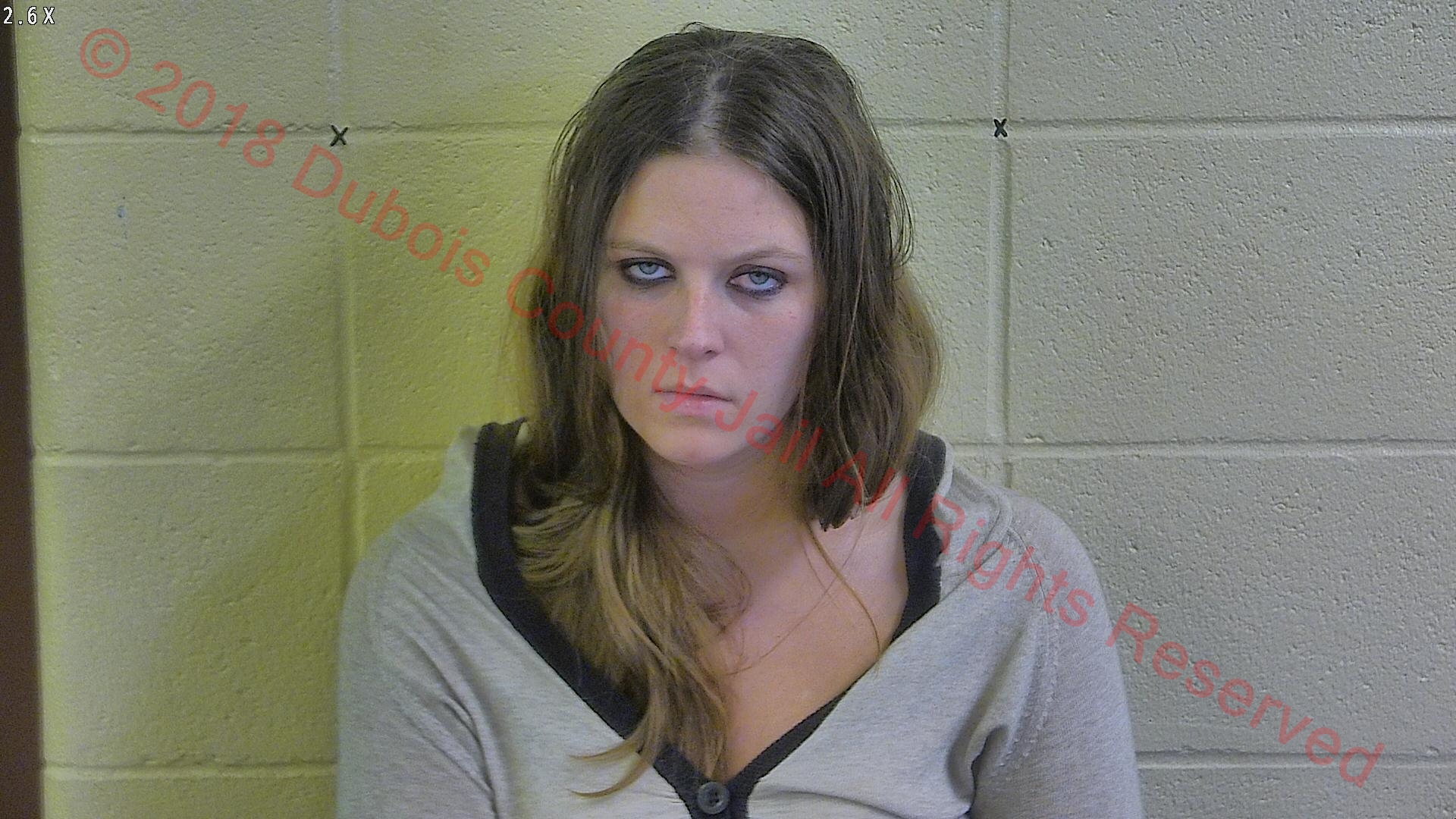 JASPER -- A French Lick woman is in the Dubois County jail after police say she fled the scene of a crash yesterday in Jasper.

Police found her a short time later sitting in her still smoking car.

They say she failed sobriety tests.

She’s charged with OWI Endangerment, Driving While Suspended and Leaving the Scene of a Accident.