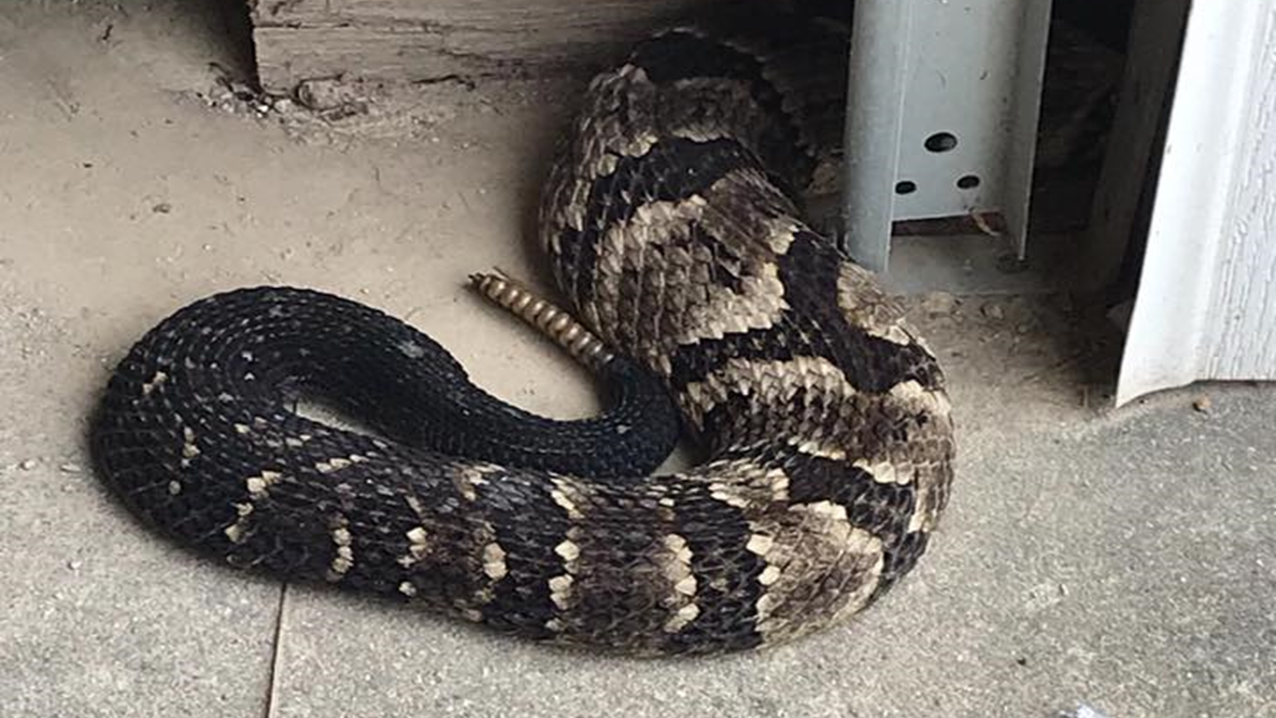 JACKSON COUNTY --A large Timber rattlesnake was found in a man's garage in Jackson County Wednesday.

When he called the Indiana Department of Natural Resources to ask for help, the officers came out and made another discovery. They saw not only the Timber rattlesnake, but also two more snakes nearby.

The snakes were removed safely and no one was hurt.

The DNR says Timber rattlesnakes are one of only four venomous snakes in the state. They are generally found in south-central Indiana and are often confused with the eastern Hognose, Gray Ratsnake, and Bullsnake.

You can read more about snakes on the DNR's website.