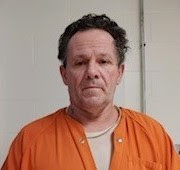 ISP Detective Charlie McDaniel initiated the investigation and ultimately collected DNA at the crime scene. However, at that time, it was not known to law enforcement to whom the suspect's DNA belonged to.

In September 2019, a CODIS (Combined DNA Index System) hit connected Daffron to the rape. The CODIS system is a database maintained by the FBI that allows state and local law enforcement laboratories to store and compare DNA profiles from crime scenes and convicted offenders.

Following this discovery, Detective Conrad worked closely with the Crawford County Prosecutor's Office and was later granted a DNA Search Warrant by the Crawford County Circuit Court. After Daffron's DNA was collected, a laboratory analysis confirmed the match of his DNA to the DNA collected by Detective McDaniel in 1996.

On October 20th, Daffron accepted a Plea Agreement in the Crawford County Circuit Court for Rape, a Class B Felony. Daffron is scheduled for a Sentencing Hearing later this year.

All suspects are presumed innocent unless and until proven guilty in a court of law.