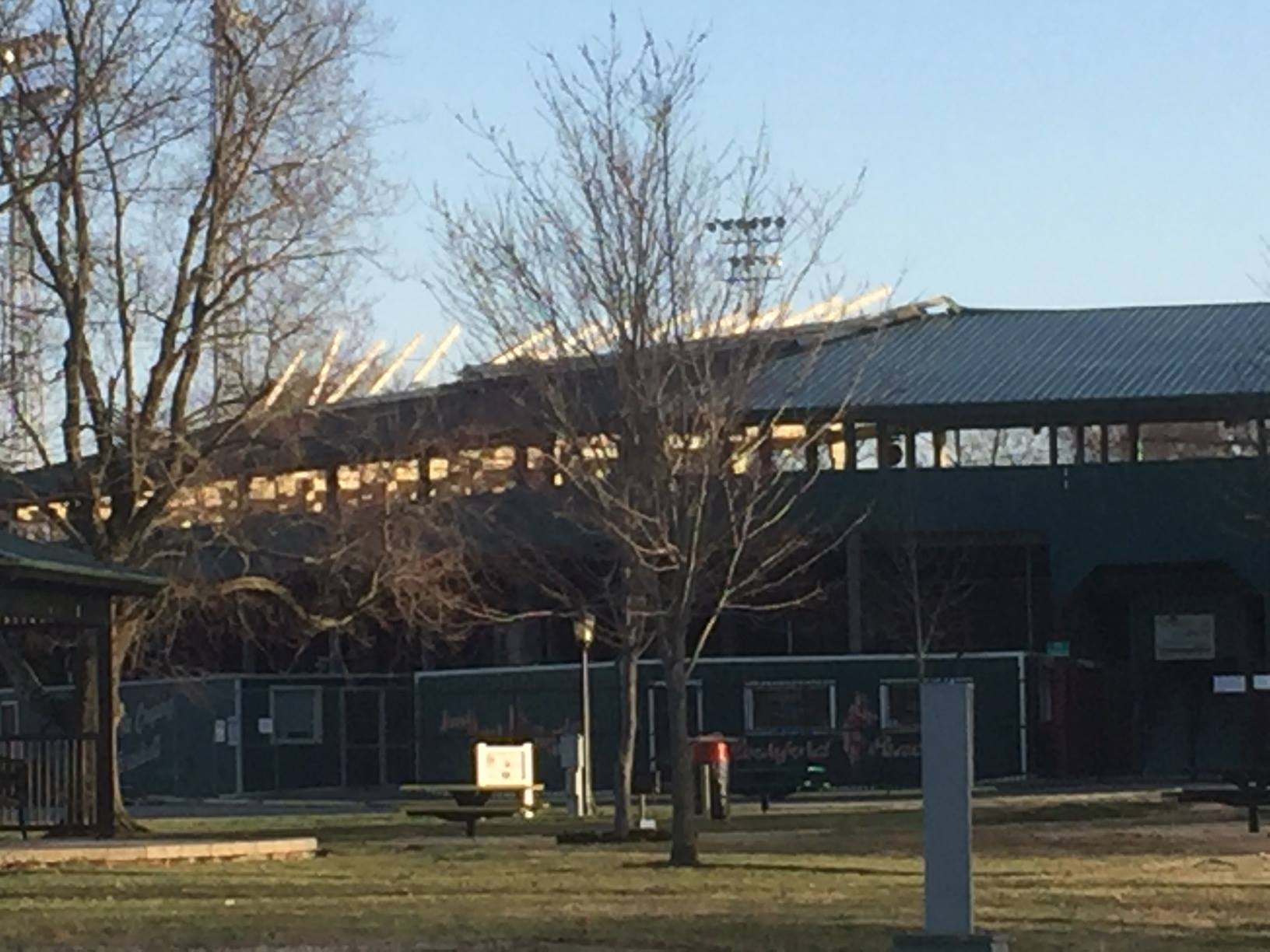 At League Stadium in Huntingburg, the winds damaged a portion of the roof on the third base side.

Photos posted to Facebook show a huge section of the roof just peeled away.  Luckily, no one was hurt there.

In Jasper, a driver was not hurt when a tree blew down onto her vehicle as she was driving on Newton Street near Matthew Avenue.

The southbound lane of Newton was shut down for about an hour.

Listeners also reported several trees down in Huntingburg, along with some flooded roadways.

A farm near Brownstown was one of several places that hjad damage from yesterday's storms. The National Weather Service will survey the damage in Jackson, Lawrence, Bartholomew and Shelby counties to determine in a tornado hit.

"With animals in there and around it, we could have been dealing with dead animals. So, you know it could've been a lot worse. In that case, we're pretty fortunate," said farm owner Michael Isaacs, talking to WISH TV while he looked at his barn and other buildings damaged.

"It could be straight-line winds. I am going to coordinate with the National Weather Service tomorrow to see if there was some rotations or something that could indicate this was a weak tornado," said Duane Davis, with Jackson County Emergency Management.

Several photos and a video taken in Lawrence and Bartholomew counties appeared to show a tornado.

In Orange County –  Amie Shepherd, no relation to our news director, shot video of a tornado near Orlea