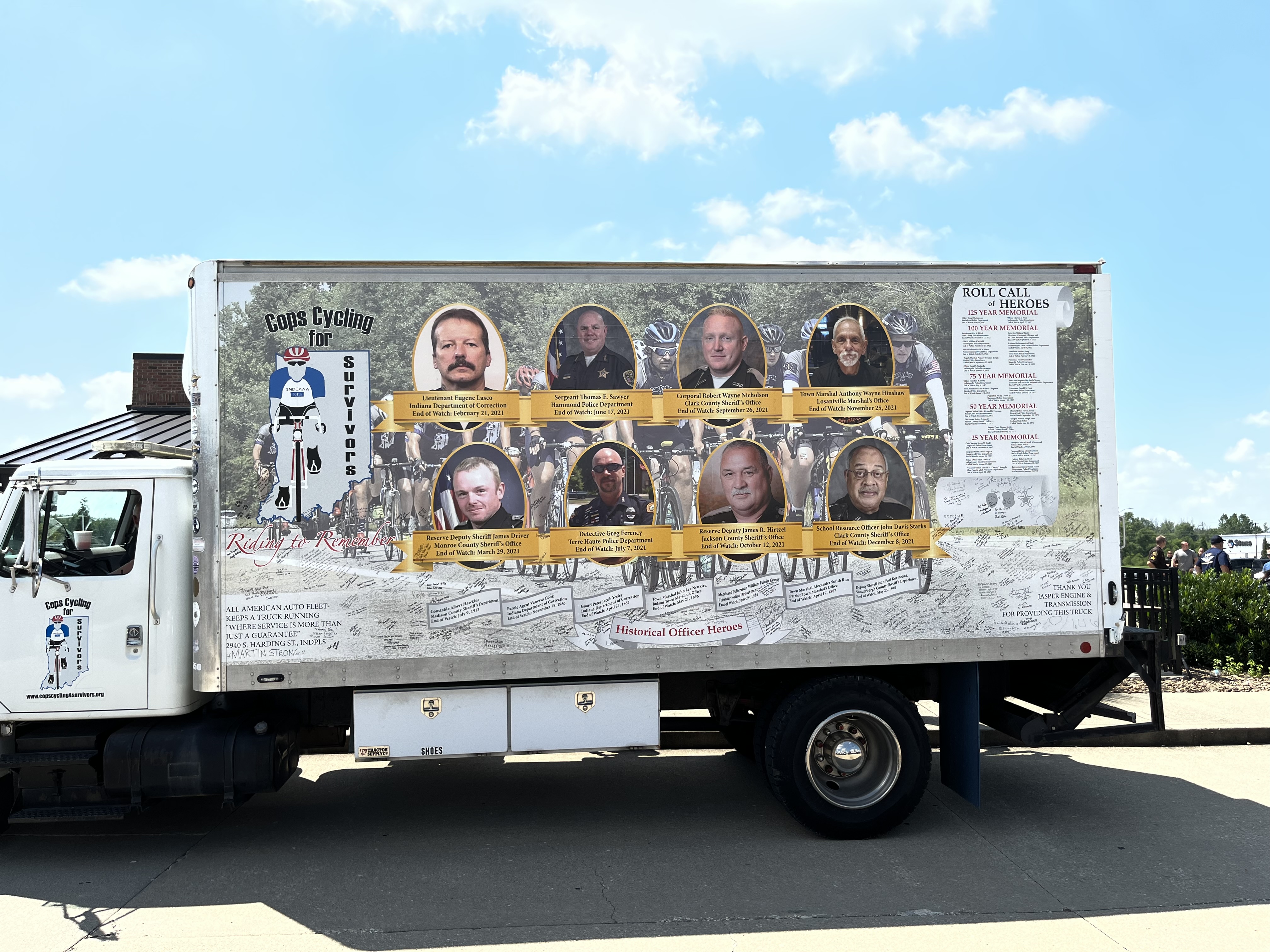 Jasper- Cyclist riding in honor of fallen law enforcement officers made a stop in Jasper.

Riders from across Indiana made the stop for lunch at Buffalo Wings and Rings on Tuesday, July 19th. Among them was local riders including Dubois County native Jeff Jesse.

Jesse explained the meaning behind the ride.

“Cops Cycling for Survivors is bringing awareness of the young men and women who been killed in the line of duty. To keep their names and memories alive and to honor the survivors; the dads, moms, sons, and daughters and show support to them through the financial donations given. Just to keep the honor and integrity going and honoring any man or woman who puts on that uniform.”

The 13-day ride began in Indianapolis and moved south towards Dubois County. Along with the riders is a police escort.

If you see the riders, you will see their 18-foot box truck which bares the photos and names of the officers who fell in the line of duty in Indiana in the past year, Jesse explains.

“When the truck comes through, unfortunately this year there are the eight pictures of officers on each side of the truck who died in the line of duty in the last year. So we pay special tribute to those officers and we will also read a what’s called an Officer Down Memorial Page, and we will cover every single officer who that’s ever been killed in the line of duty in Indiana going back to the 1800s.”

According to the Officer Down Memorial page, the eight officers who passed in 2021 are:

After the 13-day trek, the ride will end where it began in Indianapolis.