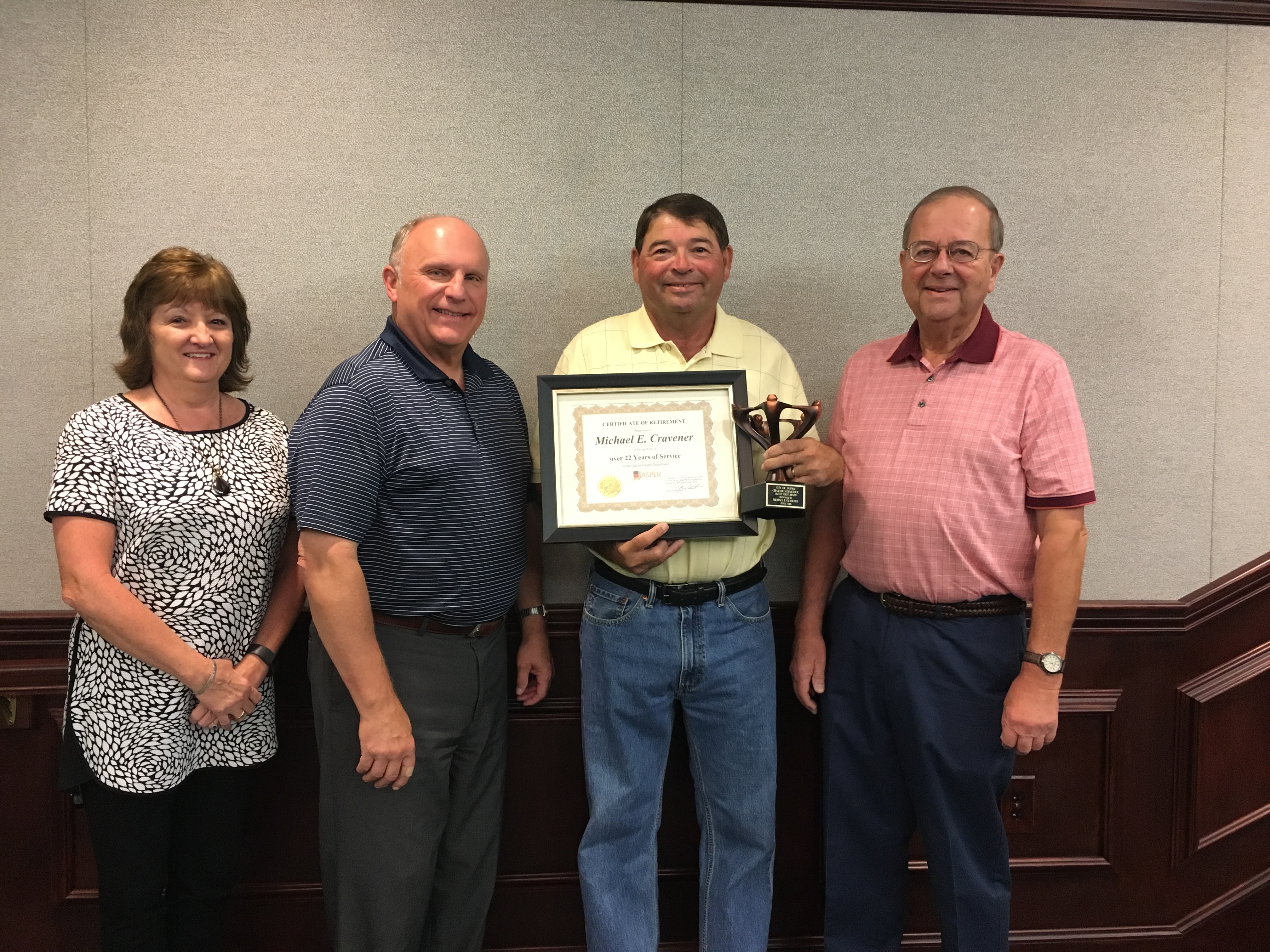 JASPER -- The City of Jasper has bestowed Michael Cravener as the third recipient of the Charlie Schneider Safety First Award. Cravener, the Gas and Water Distribution Crew Leader is retiring this month following a career with the City spanning more than 22 years.

According to Cale Knies, Director of Personnel, Safety and Loss Control, Cravener was a member of the City’s Safety Committee. The award, chosen by committee members on merit and a perfect fit for Cravener said Knies, “Mike’s efforts towards safety have been recognized by his peers. The health and safety of his co-workers and the citizens of Jasper were a priority to him and it showed in his work.”

Gas & Water Manager Tim Doersam stated: “Mike took his Safety Committee position seriously. The time educating of his fellow employees and commitment that Mike put forth to make sure our facilities are safe has been a major part of our department’s recent national safety recognition by the American Water Works Association. Mike has been a mentor to others throughout his career at the city and he will be truly missed.”

The award is named for Charlie Schneider, the city’s first Director of Personnel/Safety/Loss Control.The criteria for future recipients of the honor was created by the Safety team.Cravener was presented the award at today’s special meeting of the Jasper Common Council.