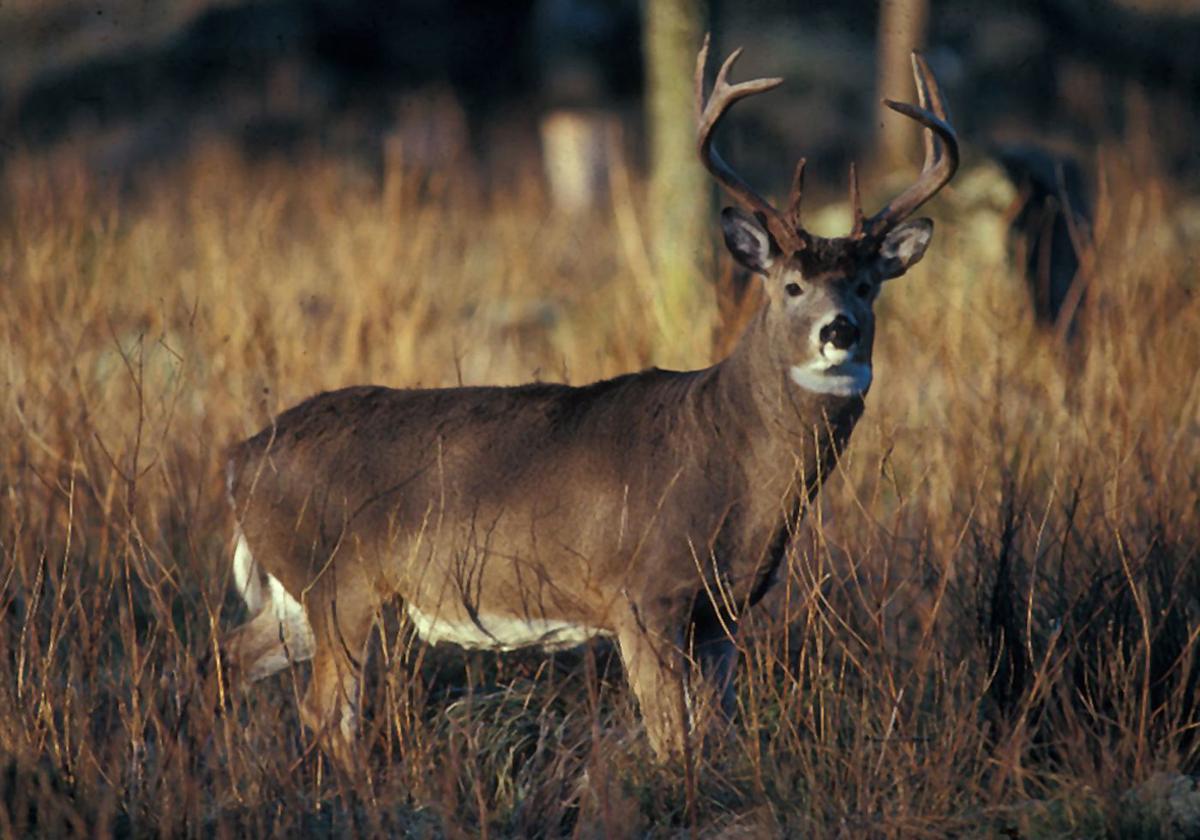 Indiana DNR has reduced the County Bonus Antlerless Quotas (CBAQ) for deer hunting in the affected areas in southern Indiana to a maximum of two because of the effect of epizootic hemorrhagic disease (EHD) on the deer herd this year. 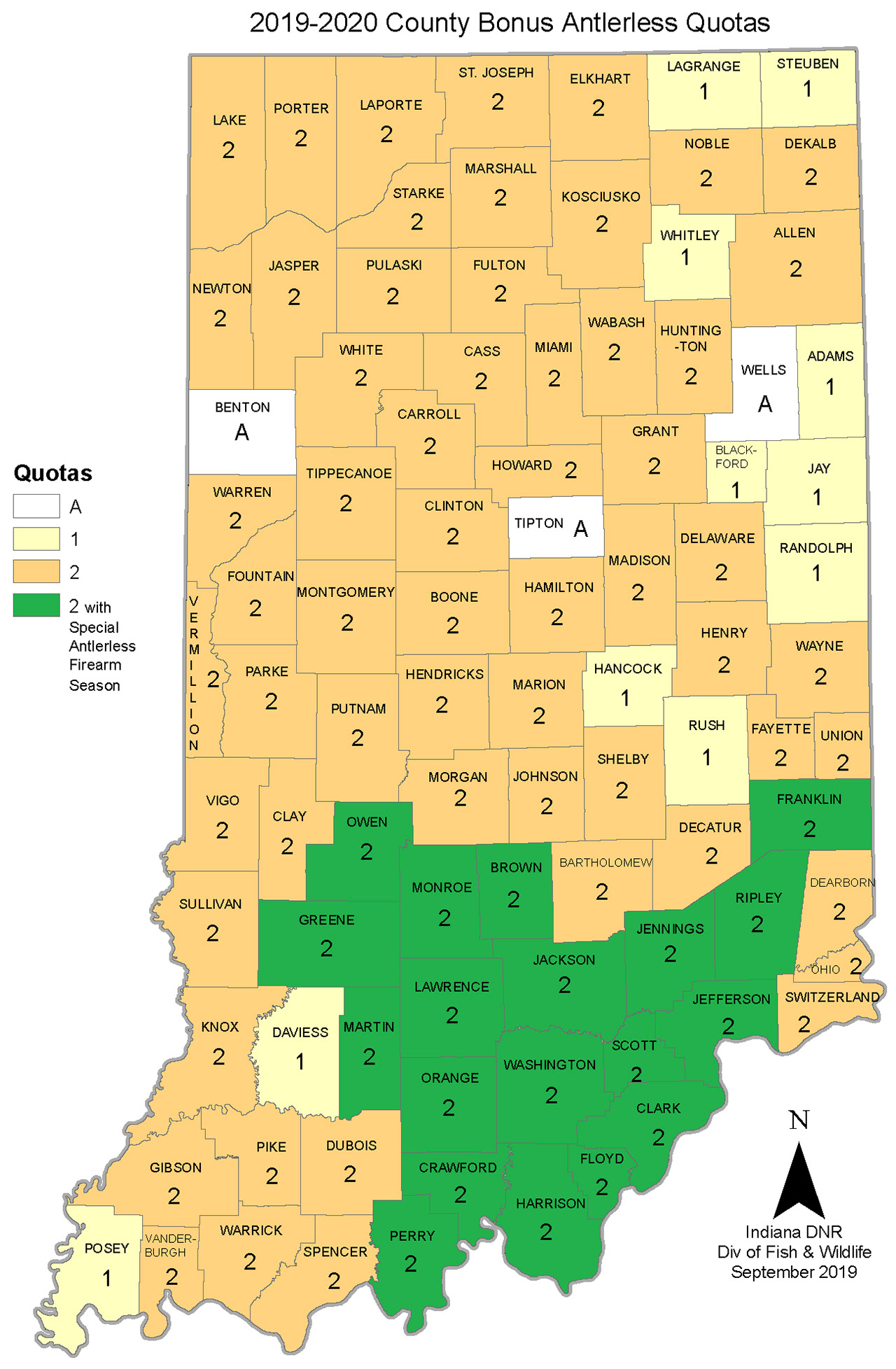 The CBAQ of counties that already have quotas of two or fewer will remain the same. The Special Antlerless Firearms Season is only allowed in counties marked in green on the CBAQ map. These counties previously had a county bonus antlerless quota of four, but were reduced to a maximum of two.

Humans are not at risk for contracting EHD.

EHD is a viral disease that may affect white-tailed deer to some degree every year. It typically occurs during late summer and early fall, and there is evidence that outbreaks can be more severe in years in which there is a wet spring followed by a hot, dry fall. EHD is transmitted by flies commonly known as biting midges, sand gnats, and “no-see-ums.”

EHD is often fatal to deer but some survive it. Not every deer in an affected area contracts EHD. One sign that a deer has contracted and survived EHD is that its hooves will show evidence of sloughing or breaking. As a result, the DNR asks that successful hunters use the After Hunt Survey (wildlife.IN.gov/9813.htm) to report the condition of their harvested deer’s hooves, including both normal hooves and hooves that show evidence of sloughing or breaking.

The DNR monitors for EHD annually. The most recent significant EHD outbreaks were in 2007 and 2012. Severe outbreaks rarely occur in consecutive years due to immunity from previous infections. EHD is not believed to have long-term impacts on the deer population.

The effects of the harvest and EHD will be evaluated after the hunting season. If necessary, additional changes will be made next year.

Anyone who finds a deer they suspect died of EHD is asked to file a report using the “Report a Dead or Sick Deer” form at deer.dnr.IN.gov.

More information on EHD and a map of the new CBAQ can be found at: wildlife.IN.gov/8541.htm