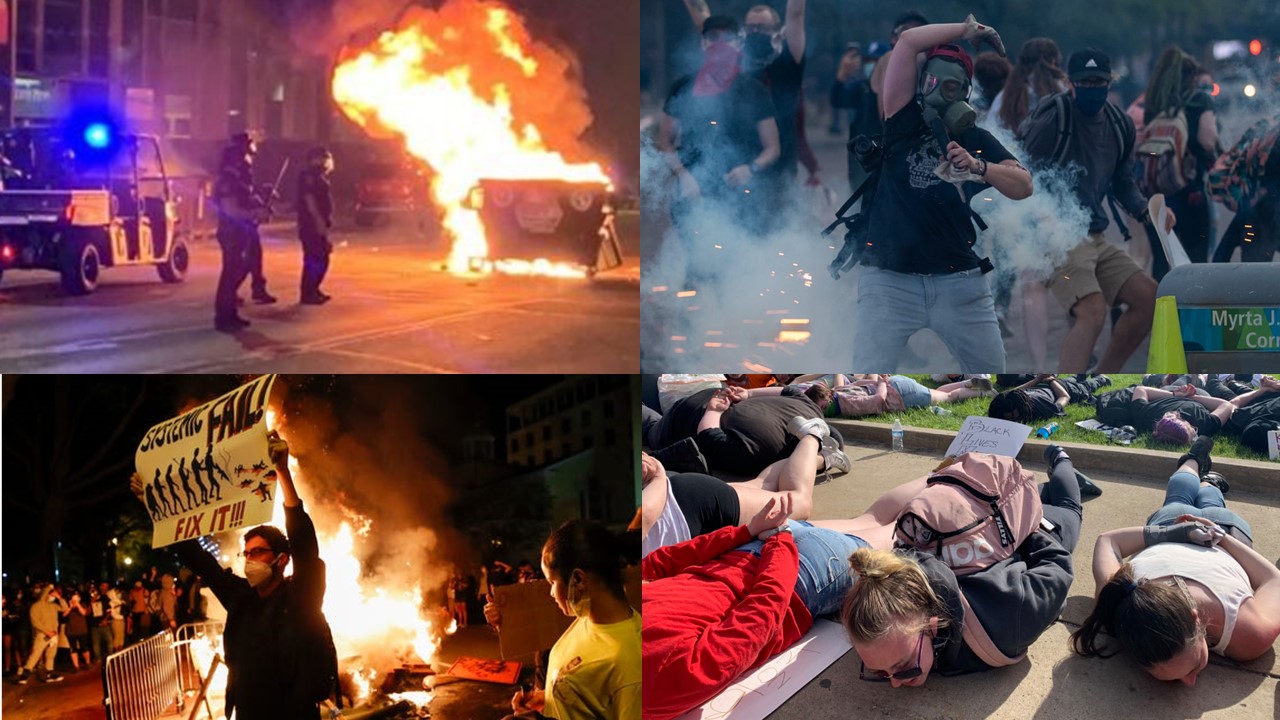 BY: KURT DARLING / NETWORK INDIANA
STATEWIDE -- Protests in cities and towns all over the state continued Sunday after what was a violent weekend throughout the United States.
On Saturday afternoon, hundreds of protesters showed up at both Monument Circle and the Indiana War Memorial in Indianapolis to express their frustration and anger at the handling of the George Floyd death in Minnesota combined with several other incidents where black people died at the hands of police, one of which was Sean Reed on May 6 at the hands of IMPD Officer.
From 4 until a little after 9 pm, the protests were peaceful. Later, things took a dark turn at the Indianapolis City-County Building. People broke windows of government buildings and threw items at police officers. Josh Barker, deputy chief of the Indianapolis Metropolitan Police Department, says that’s when pepper balls were deployed, and crowds began an hours-long clash with police.

“You had between 300 to 600 people who came down to peacefully gather and, in an open forum, discuss the issues that were on their mind. I want to be very clear that until things escalated at the City-County building, law enforcement had a hands off approach. We were nowhere near where the peaceful protest that occurred,” said Barker.

Barker also commended the peaceful protesters. It was another group that he said caused all of the problems.

“There were several people down here that had no intention to protest. They wanted to riot. And when they culminated in front of the City-County building, they made those intentions very well-known,” said Barker. “We started taking rocks, people started throwing fireworks, and incendiary materials at our officers. They started vandalizing vehicles.”

Several restaurants and businesses were damaged such as P.F. Changs, Chase Bank, Huntington Bank, and several others. One IMPD officer was injured, but Barker says his injuries do not appear to be serious.

Tear gas used to disperse crowds in a few places in Lafayette. People were shot and a few businesses looted in Evansville.
Nearly 100 people arrested for disorderly conduct among many other charges related to small riots in Fort Wayne Friday and Saturday, one man lost an eye from getting hit in the face with a tear gas canister.
In Michigan City, police enforced a a curfew of 9:00 p.m local time Sunday which was put in place by Mayor Duane Parry Sunday evening.