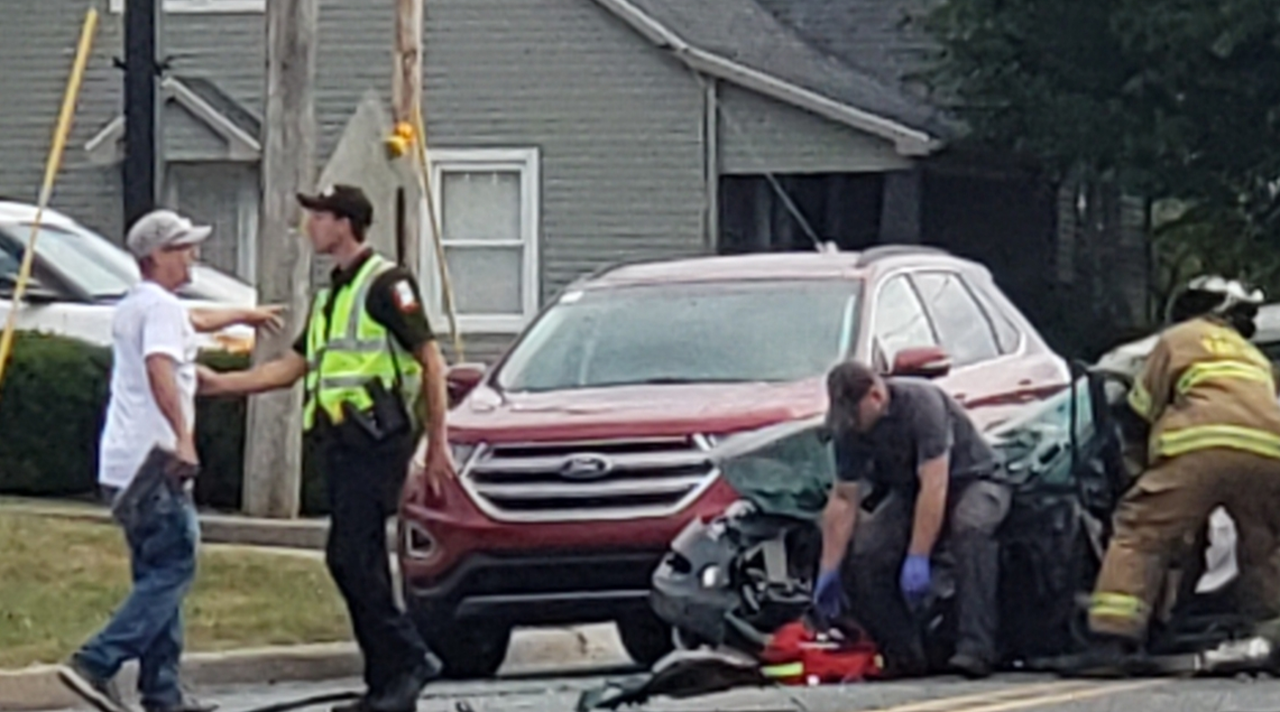 JASPER -- Newton Street was closed for a time Wednesday evening after a car hit a semi.

It happened just south of the Jasper Walmart.

Traffic was routed through the Germantown Shopping Center to get around the crash scene.

Police say Samantha Striegel was under the influence of illegal drugs at the time of the crash.  Her license was suspended and she didn’t have insurance on the car.  She now faces charges.

Authorities say she also has an active warrant out of Dubois County.

She complained of clavicle and arm pain and minor scrapes and cuts.

While crews were trying to rescue Striegel, a friend of the driver ran onto the scene and allegedly tried to interfere with the investigation.

I was on scene as police tried several times to verbally get the man to comply.  Eventually, officers had to take him down and place him under arrest.  He’s identified as 31-year-old Matthew Cronin.

DAVID SHEPHERD WAS LIVE ON SCENE.  SEE A RECORDING OF HIS LIVE REPORT BELOW.