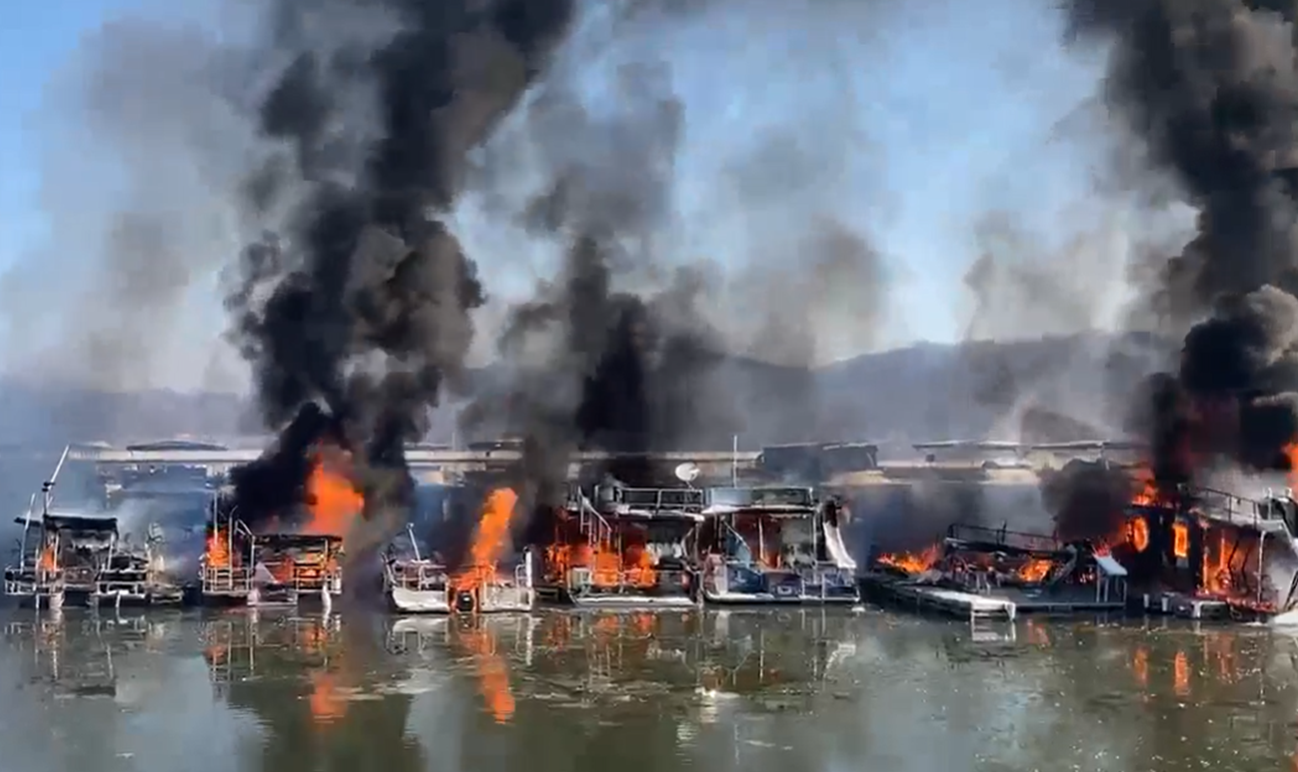 FROM LOCAL SOURCES
BREAKING: Conservation Officers are on scene and investigating after fire consumed multiple boats at Hoosier Hills Marina on Patoka Lake.

According to video shot by the Indiana DNR, at least 10 or more houseboats appear to be fully engulfed in flames.

A DNR spokesperson tells WITZ Radio News he does not believe anyone was on any of the boats at the time the fire started and no injuries have been reported.  Officials say the fire is "contained," but still active.

He believes a total of 11 vessels are on fire.  No word on what caused the fire at this point.

IDEM and the State Fire Marshal are on their way to the scene to investigate.

More information will be released as it becomes available.