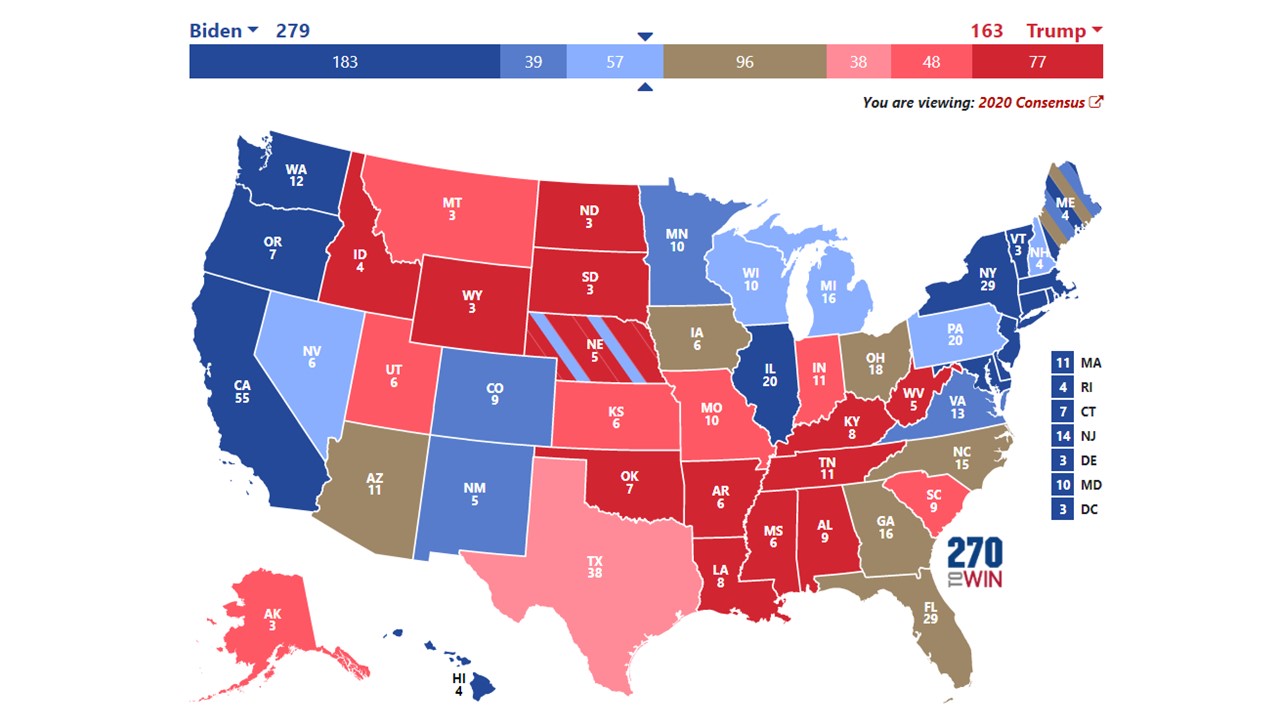 BY: DAVID SHEPHERD, NEWS DIRECTOR
WASHINGTON -- CNN, Fox News and the Associated Press have called the race for president for Democrat Joe Biden after projections show he will win the state of Pennsylvania
Pennsylvania and its 20 Electoral Votes put the former Vice President over the 270 votes needed to secure the presidency.  He now has 273.  Fox News has Nevada also going for Biden.
Kamala Harris will be the United States’ next vice president.  She will be the first woman and first person of color to hold the office.
The Trump campaign has pledged to fight the results in some states in court.
After days of waiting, CNN's Wolf Blitzer called the presidential race for Joe Biden at 11:24 a.m. ET.

"After four long tense days, we've reached a historic moment in this election. We can now project the winner of the presidential race. CNN projects Joseph R. Biden Jr. is elected the 46th president of the United States, winning the White House and denying President Trump a second term," Blitzer said. "We're able to make this projection because CNN projects Biden wins Pennsylvania."

Blitzer added: "The former vice president, in his third run for the highest office, pulling off a rare defeat of the sitting commander in chief. With this victory, Kamala Harris is set to become the first woman and the first person of color to be the vice president. Again, CNN projects Joe Biden will become the 46th president of the United States. Jake, he is now president elect Joe Biden."