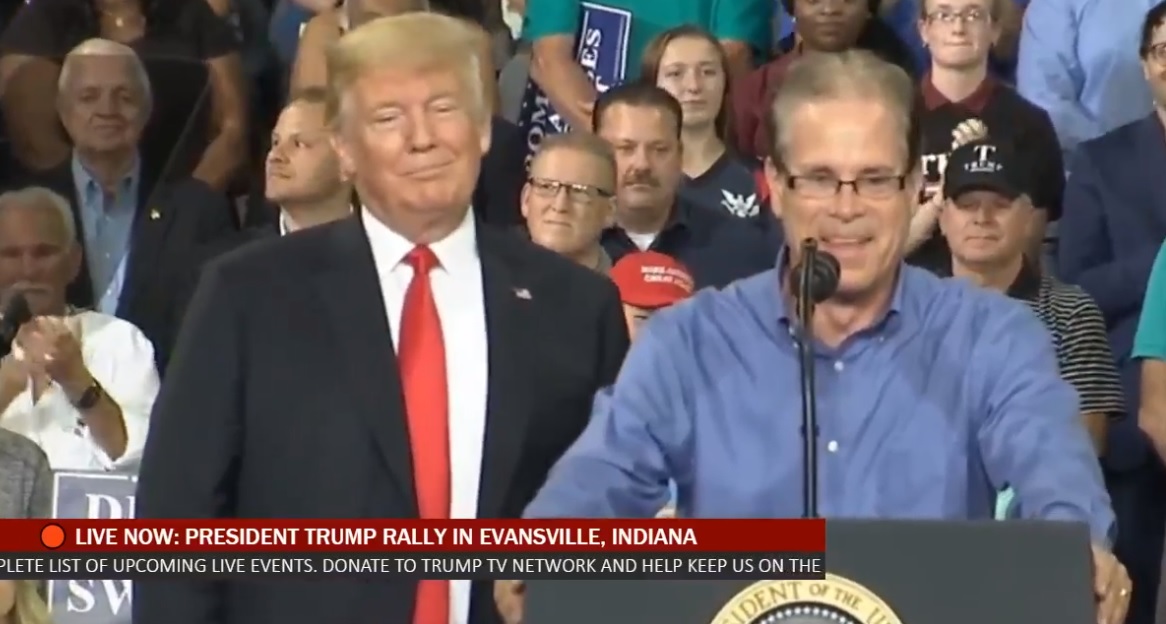 "I didn't realize the vitriol that we've got in this country. Now being here I year, I wonder how we're gonna get through it," said Braun. "We're polarized and we should be sinking on things like the cots of health care, infrastructure, stabilizing entitlements."

Braun said the case that he's seen from the House "was built like a half-prepared term paper".

"It was full of visual aids. It was full of regurgitation of information we've already heard because a lot f times when your case is weak, you try to repeat it over and over and wear the opposition out."

Braun said he will pay attention to all of the testimony and that his hope is for the trial to be fair and end with a verdict, one which he believes will mean an acquittal for Trump.

"I hope when we're all through this...that we come back together and unite on the common elements," he said.

When a reporter asked Braun if he was ok with the president asking a foreign leader to investigate a rival and to withhold foreign aid to coerce him, Braun responded, "No, I'm not saying it's okay. I'm not saying it's appropriate. I'm saying it didn't happen."

Braun's statements break with some fellow republicans who believe the president may have held-up aide to Ukraine, but, if he did, it’s not impeachable.