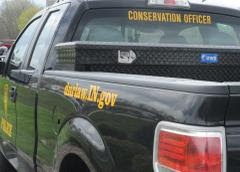 SPENCER CO. -- Indiana Conservation Officers are reporting that the body of a man who went missing in a small private pond in Spencer County has been recovered.

Robert A. Hardy, 65, Tennyson, and two others were on a small paddleboat checking a trot line at a private pond.  The boat overturned and all three were thrown into the water.  The other two were able to make it to shore, but Hardy went under water.


At approximately 5:18 PM, an Indiana Conservation Officer diver recovered Hardy in approximately 8 ft. of water and he was pronounced dead at the scene.